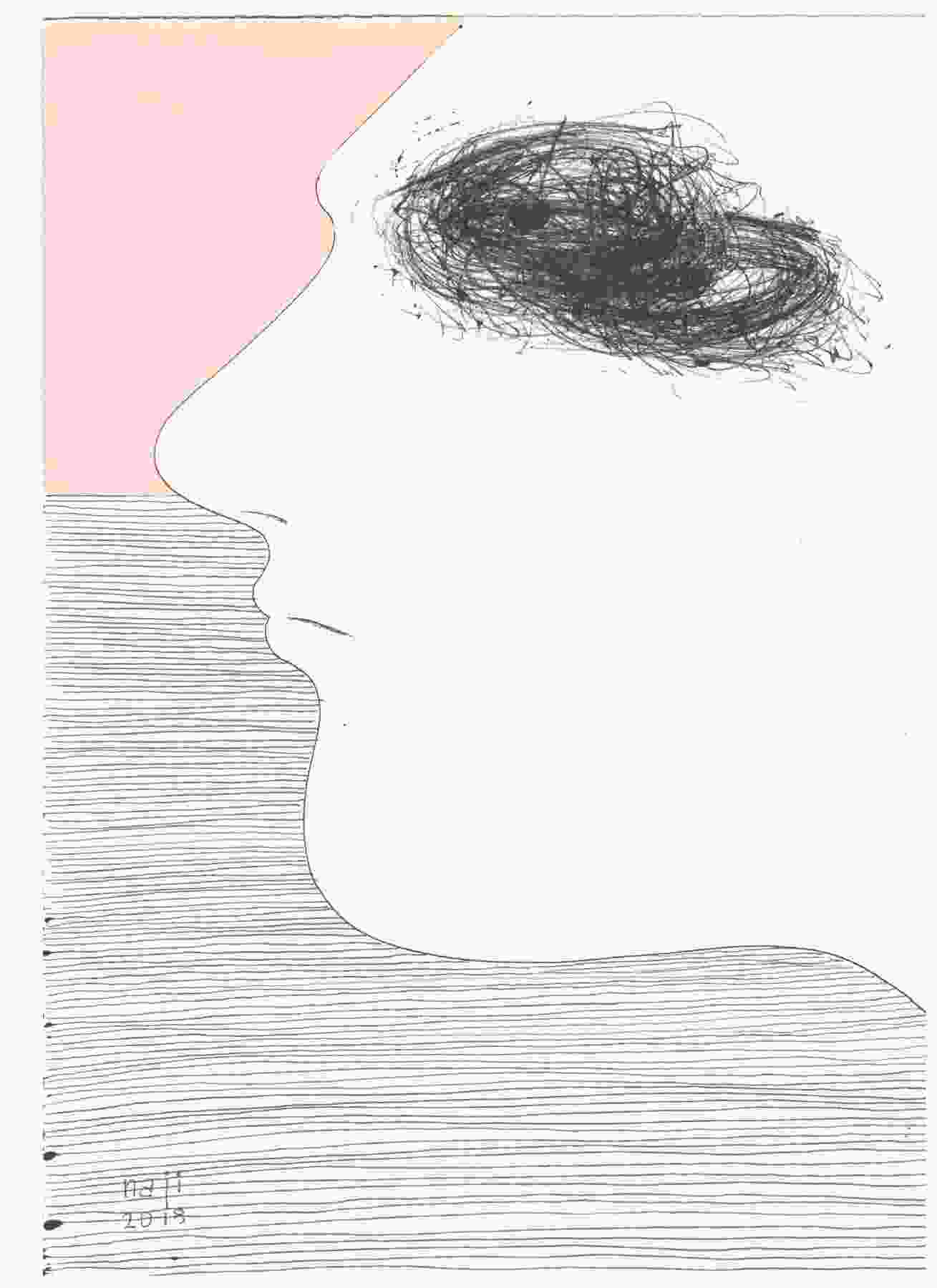 Naji Chalhoub’s work is marked by his use of pen and paper, utilizing fine lines and recognized for its poetic incessant “scribbles” and recurring symbols, such as the ever loving and protective embrace of a mother and child, flies, symbols of death and decay, and anonymous figures. His work features empty spaceless rooms, marked by strong lines creating an aura of claustrophobia. There is a certain loneliness and desperation found within his work.

Naji’s art is recognizable by its ability to tap into the human condition, as he reveals his innermost emotions onto his paper or canvas, making it widely relative to all audiences. His work varies in terms of composition; some feature a single line, creating a piece that is elegant in its simplicity. Whereas, other pieces of his art translate into intricate but vociferous works, which demand to be heard. The viewer is constantly immersed into the action of the work.

Whereas, other pieces of his art translate into pain through his distressed figures - emaciated, screaming, and grimacing. Often his subjects feature hollowed eyes and gnashing teeth. His experimentation with color is revealed in his pieces that feature color-blocking, often using flat colors as if to embrace the scene

Chalhoub is a young artist who deserves to be watched as he grows as an artist, as for now he is experimenting with his style and creates pieces derived from inspiration from artists, such as Edvard Munch and Francis Bacon. His work is profound in the sense that his art lends itself to the viewer, and is accessible to any audience.