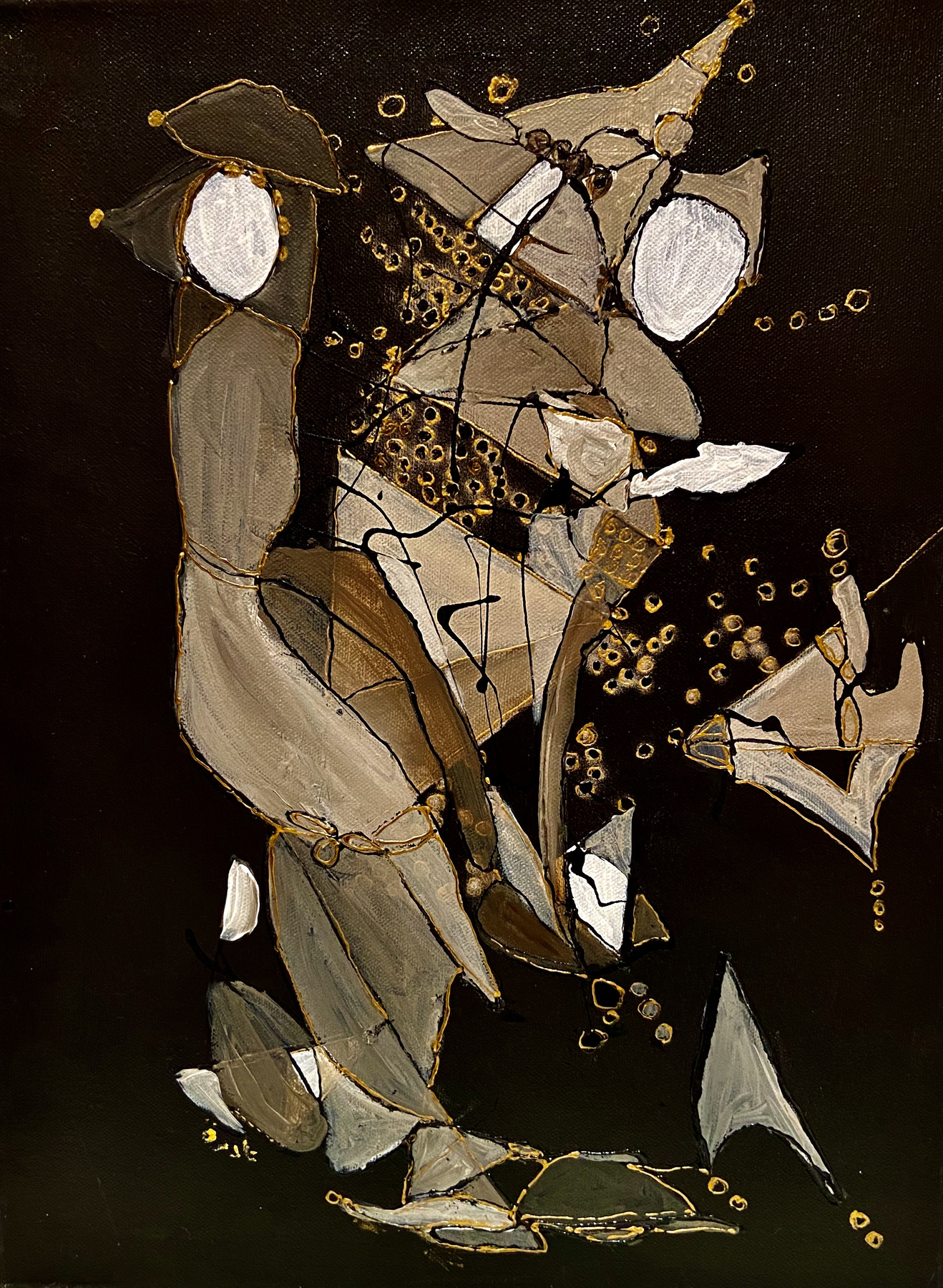 Born in Mosul in 1927, Nadira Azzouz started painting from the age of six, later studying art at the School of Domestic Fine Arts in Baghdad (1944-49). This was followed with further studies at the Central School of Art in London (1957-60) where she achieved a BA in Painting. Like most Iraqi artists of her generation who had similarly studied abroad, her work is informed by the canon of 20th century international art yet at the same time displays its own distinctive, Iraqi, identity as found in Sumerian and Assyrian sculptures, medieval Arab manuscript illumination and the folk motifs of handicrafts and rugs, as well as local popular themes.

What sets Nadira apart from her artistic peers, however, is the femininity of touch in her work. The Iraqi novelist, critic and artist, Jabra Ibrahim Jabra, wrote in 1983, ‘There is something peculiarly feminine … in her choice of colour and composition as well, explicable perhaps in the context of an Iraqi woman’s passions. Things akin to burning coals suddenly glow and let off sparks through a brazier full of ashes’. ‘For her, painting has often been a communication with inner visions, inner eruptions to which no figure or word could do justice, hence her emphasis and resourceful play on colour. In her recent work one can see her striving after a more lyrical, more diaphanous effect, suggestive of technical mastery’.

Her works can be found in the collection of the Barjeel Art Foundation, Sharjah, as well as prominent private collections in Italy and London. Azzouz was recently the posthumous subject of Dubai-based Cultural Art Advisor, Myrna Ayad's monthly “Remembering the Artist” column in The National .