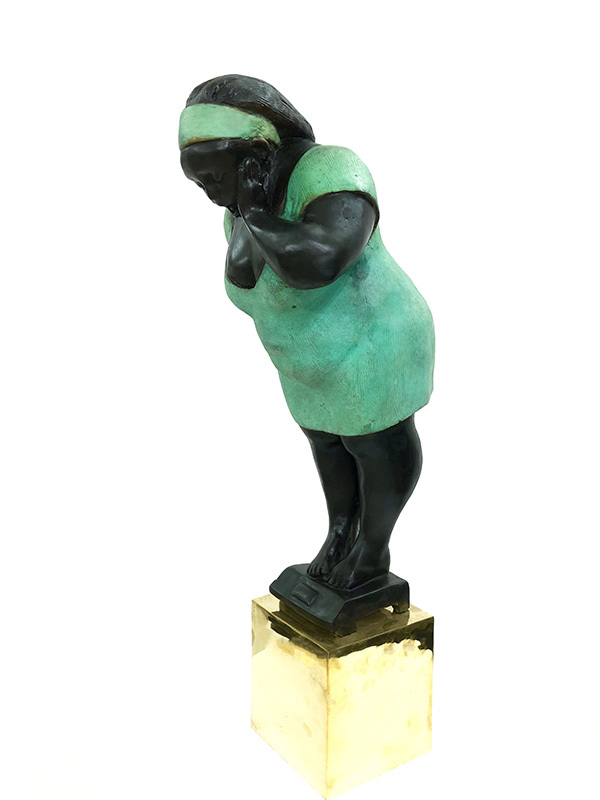 Kubaisy luxuriously intends to import what one can call the (sophistication) of deliberate and insolent terror and intimidation, by which he endeavors to magnify shapes and features of his characters, besides the (caricature) over-exaggeration and diligence in presenting this manner of sarcastic consciousness and exposed arrogance of their behaviors and practices. In fact, they are merely cartoon characters with puffed bellies and swollen jugular veins, wearing hats and coats that conceal their physical deformities, bearing a grudge and evil schemes and behaving malignantly, in an ingenious periphrasis subjected to a total consciousness that is parallel to the value of that overt and covert effect of all the intentions Kubaisy has already adopted in his culture.

For more than two decades of experience, Al-Kubaisy excelled in highlighting the serious changes that took place in Iraq after 2003 through his brilliance, skills and vast experience, and freed himself from the traditional forms and blind imitation of common sculpture experiences. Without sacrificing his skills, tools, and techniques, in his relentless quest to stand up to the tyranny of murder machines and the diversity of death and the degeneration of the spirit of his generals equipped with intimidation and murder.

Al Kubaisy was born in Iraq, where he graduated in 1992 from the Fine Art Academy of the University of Baghdad. His equestrian works have appeared in private collections across the UAE and have been exhibited widely in Baghdad, Dubai, Abu Dhabi, and Paris.