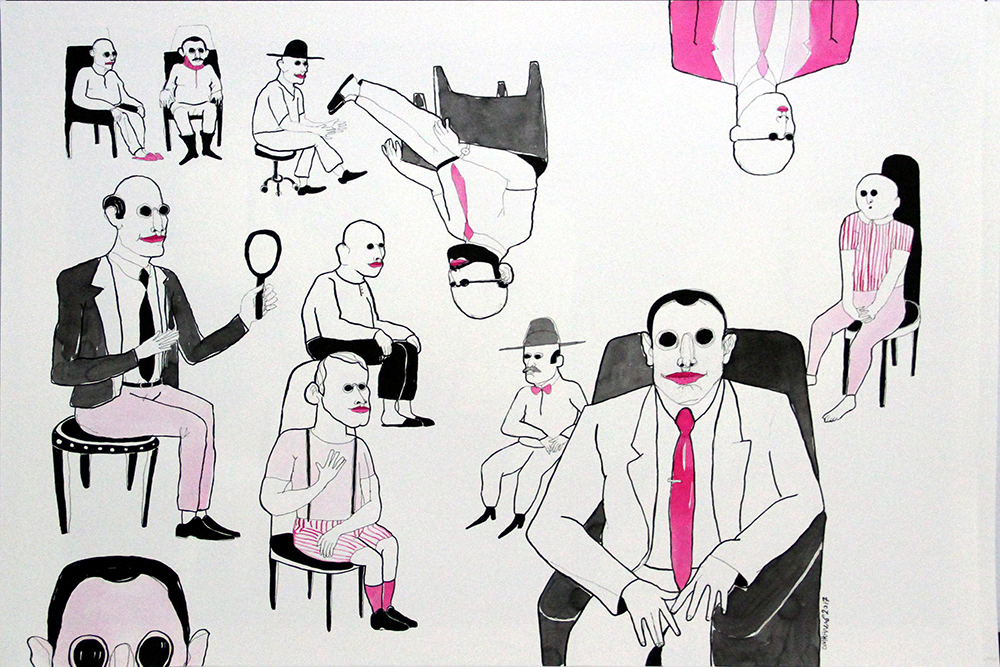 Shipping price to be quoted separately upon sending complete address. Ships in up to 14 business days.

Far from the classical models, the figures in Syrian artist Mohamad Omran’s work represent another side of humanity, riddled with flaws, sometimes monstrous, with mundane nuances and the realness of Ime on the body.

Born in Damascus, Mohamad Omran (1979) graduated from the Department of Sculpture, Faculty of Fine Arts, Damascus University; in 2000. He obtained his Master’s degree from the University of Lyon and a PhD in art history from the University of Lyon II. Working in sculpture, painting, and sometimes video art, the motif of the tortured human being has been Omran’s central theme. He is able to evoke empathy, disgust, anger and dark humour in his work with a directness and cynicism that fluctuates between violence and lightness.

Mohamad Omran has held solo exhibitions in Lyon, Paris, and Damascus. He has also participated in group shows in France, England, Lebanon, Syria and Jordan. His work is part of numerous private and public collections including the Royal Museum in Jordan and the British Museum in London.