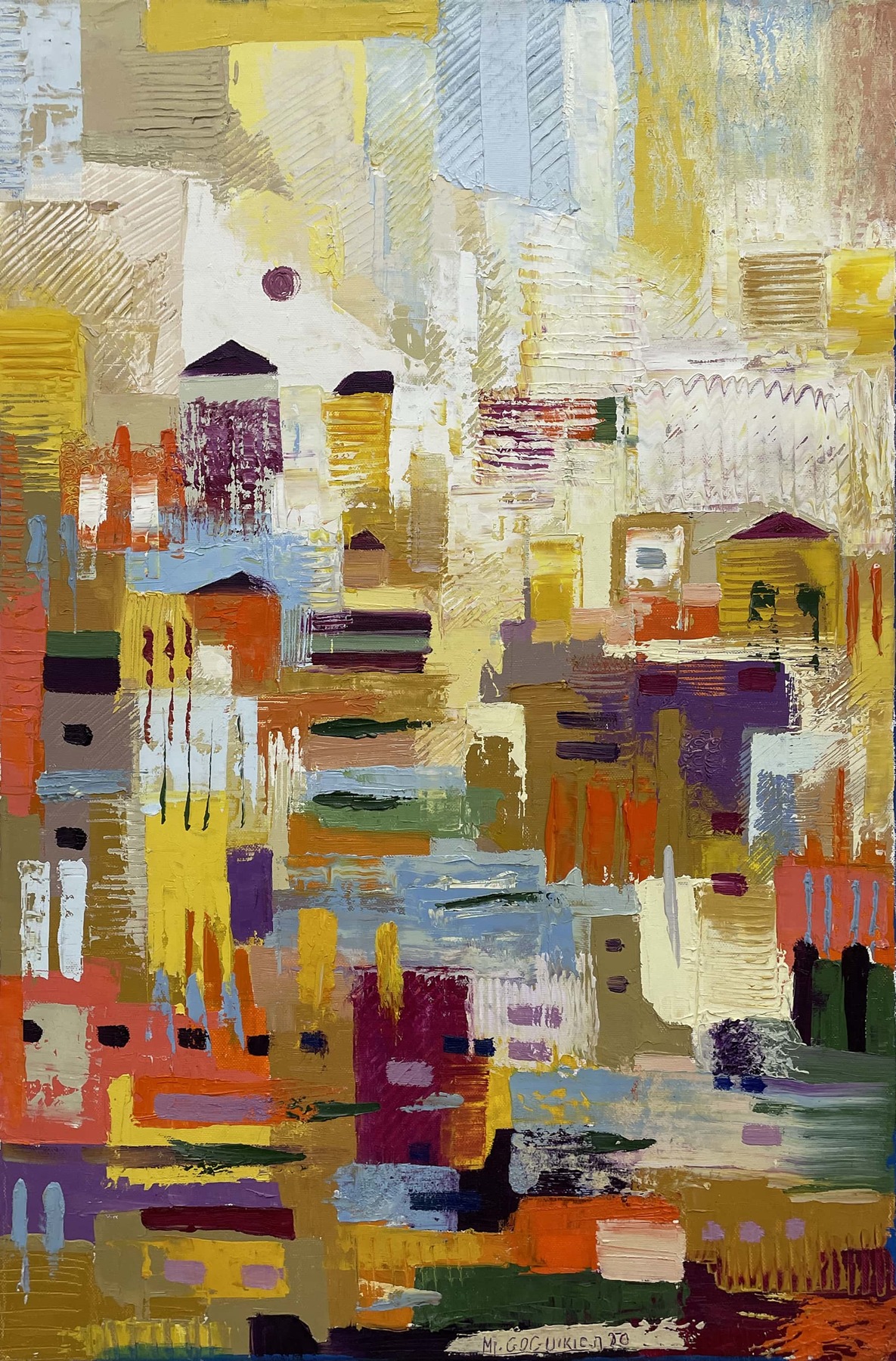 She participated in 50 international exhibitions: in Tokyo, London, Paris, Italy, Seoul, Geneva, Syria and Qatar and presented 16 solo exhibitions. Her works appear in several collections, both private and public, and are exhibited in a number of cultural foundations and museums. Among others: Dalloul Art Foundation DAF - Beirut; The Town Hall of Noisy le Grand - Paris; The Syrian Ministry of Culture; The Museum of the Orthodox Academy of Crete - OAC; The Museum of the Catholicosate of Cilicia - Lebanon; The Mtein Museum - Lebanon; The Museum of Contemporary Arts in Yérevan - Armenia.

Along with her activity as an artist-painter, Mireille Goguikian has always been keen to share her gifts through educational activities at the YWCA from 1987 to 1989, at ALBA in 1989 and at the Toros Roslin Academy. since 1997 to date.

She currently teaches at the ITSSCC Institut technique des Soeurs des Saints-Cœurs - Bauchrieh and remains a consultant to several institutions and member of the Japan Contemporary Art Association, the National Federation of French Culture, the Salon d'Automne in Paris and the 'Association of Armenian Artists of France - APAF, as well as the Association of Lebanese Painters and Sculptors - LAAPS