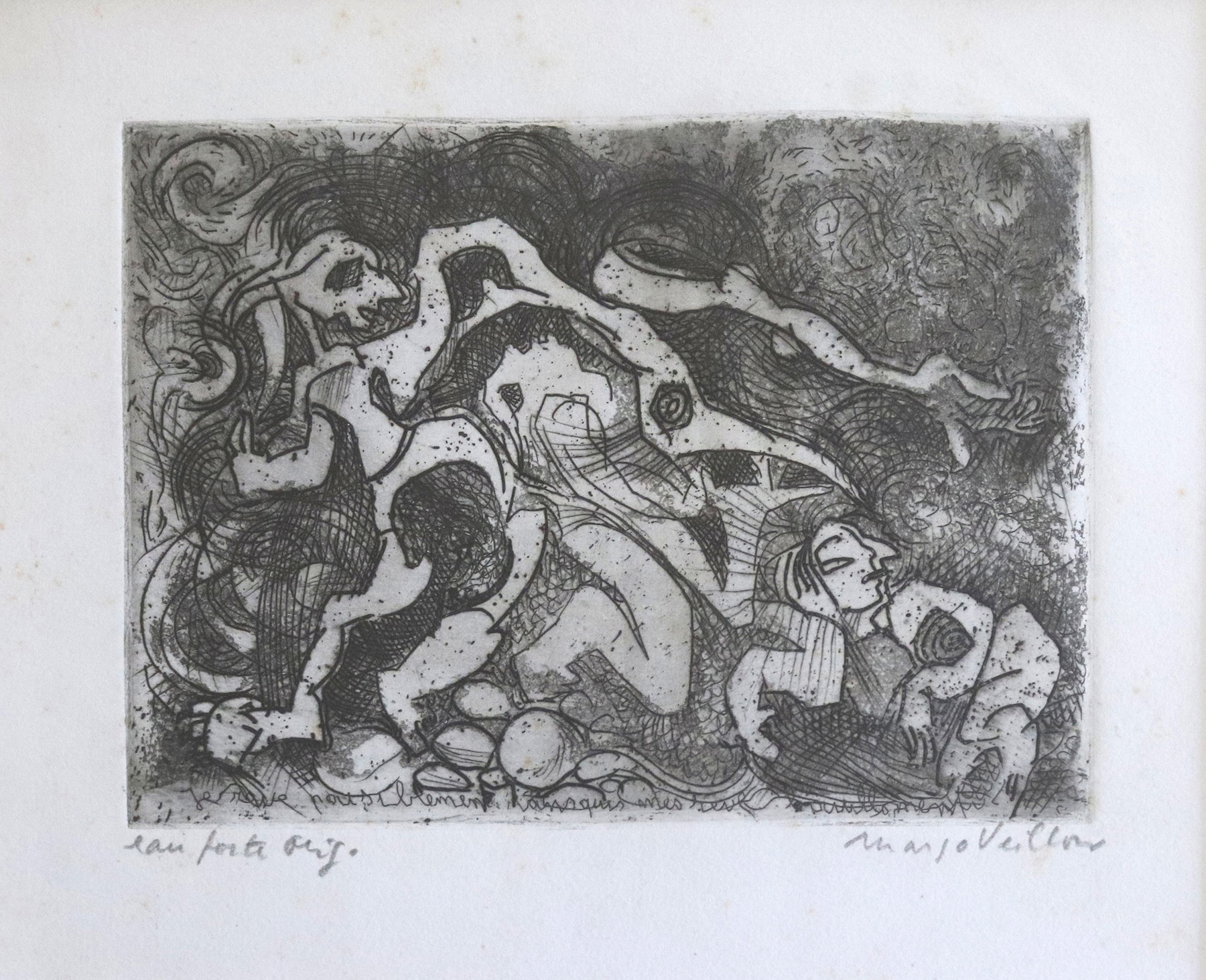 Born on 19 February, 1907 in Abbasiya, Margo Veillon was the second child of a Swiss businessman and his Austrian wife. Margo recalled attending several schools in Cairo, at least five different primary schools, and the Lycée Français, from which one might deduce she was, at the very least, a spirited pupil. Eventually she was sent to Switzerland, to school in Zurich, returning in 1924 determined to become a professional artist.

Two years after her father's death, in 1929, she was invited to share a studio by a friend in Paris, where she lived until 1932, drawing and painting continuously and it was in Paris, she always insisted, that she learned to draw, painstakingly, millimetre by millimetre.