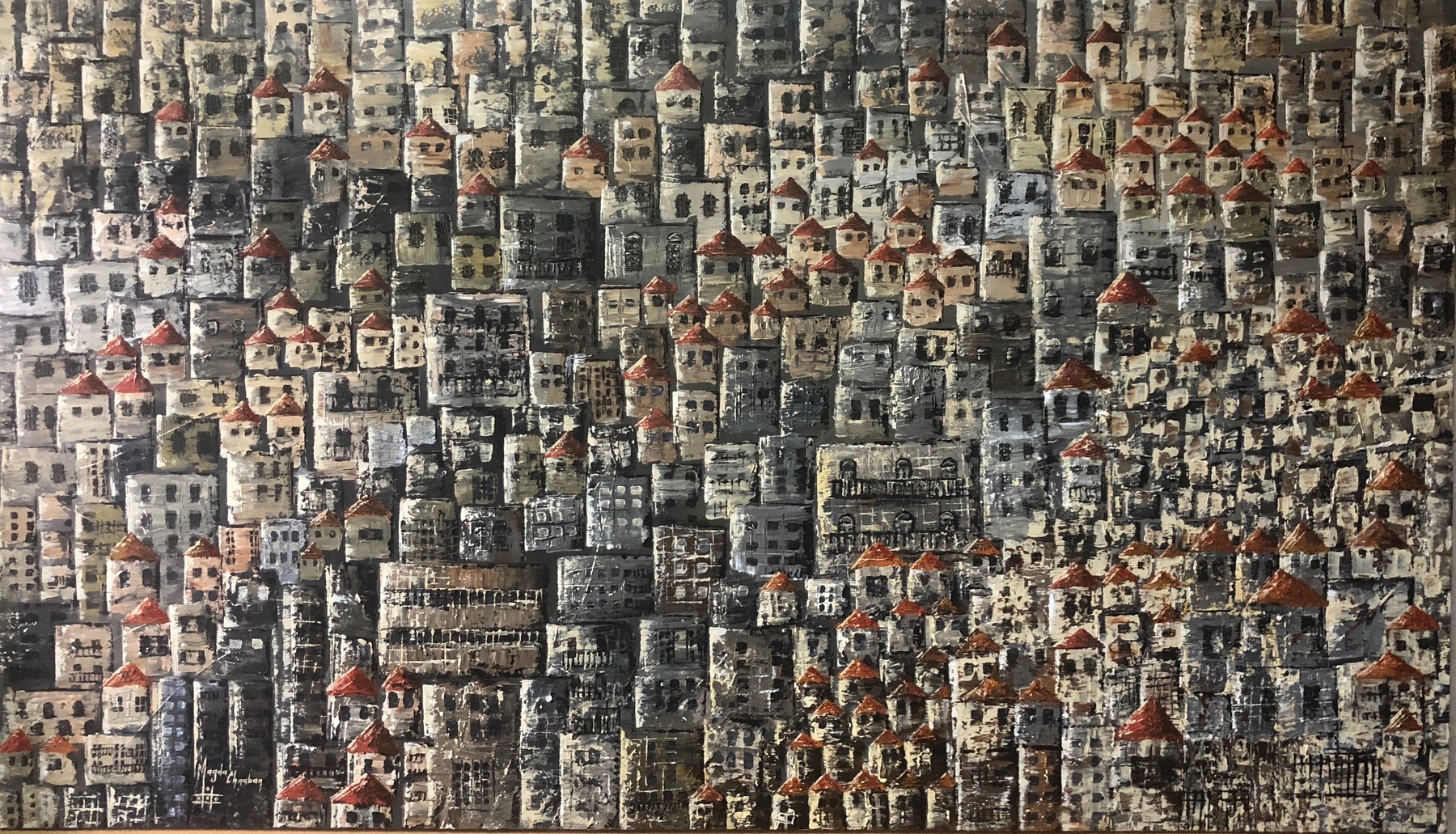 Magda Chaaban is an award-winning Lebanese-American artist and published author whose work includes paintings and sculptures.
Chaaban’s paintings encapsulate elements of Beirut life, from its architecture and colorful characters to minute details that give the city its individuality.
Her figures are given names and reveal personalities, reappearing in ensuing artworks, and set against a backdrop of familiar surroundings, from wooden shutters and brick roofs to clotheslines. These, and the addition of elements intrinsically linked to Beirut, such as Chiclets chewing gum and the mishmash of electric wires, reaffirm Chaaban’s affection for the city. Her art also has a nostalgic and uplifting feel, aligning with the backstory she has shared about the time spent at her grandmother’s house as a child during the civil war, which provided a place of tranquillity and comfort, despite the horrific conflict raging across the country.
With its topical subject matter and detailed depictions of Beirut life, Chaaban’s work is proving popular, featuring in several exhibitions in Lebanon, including recent solo shows.