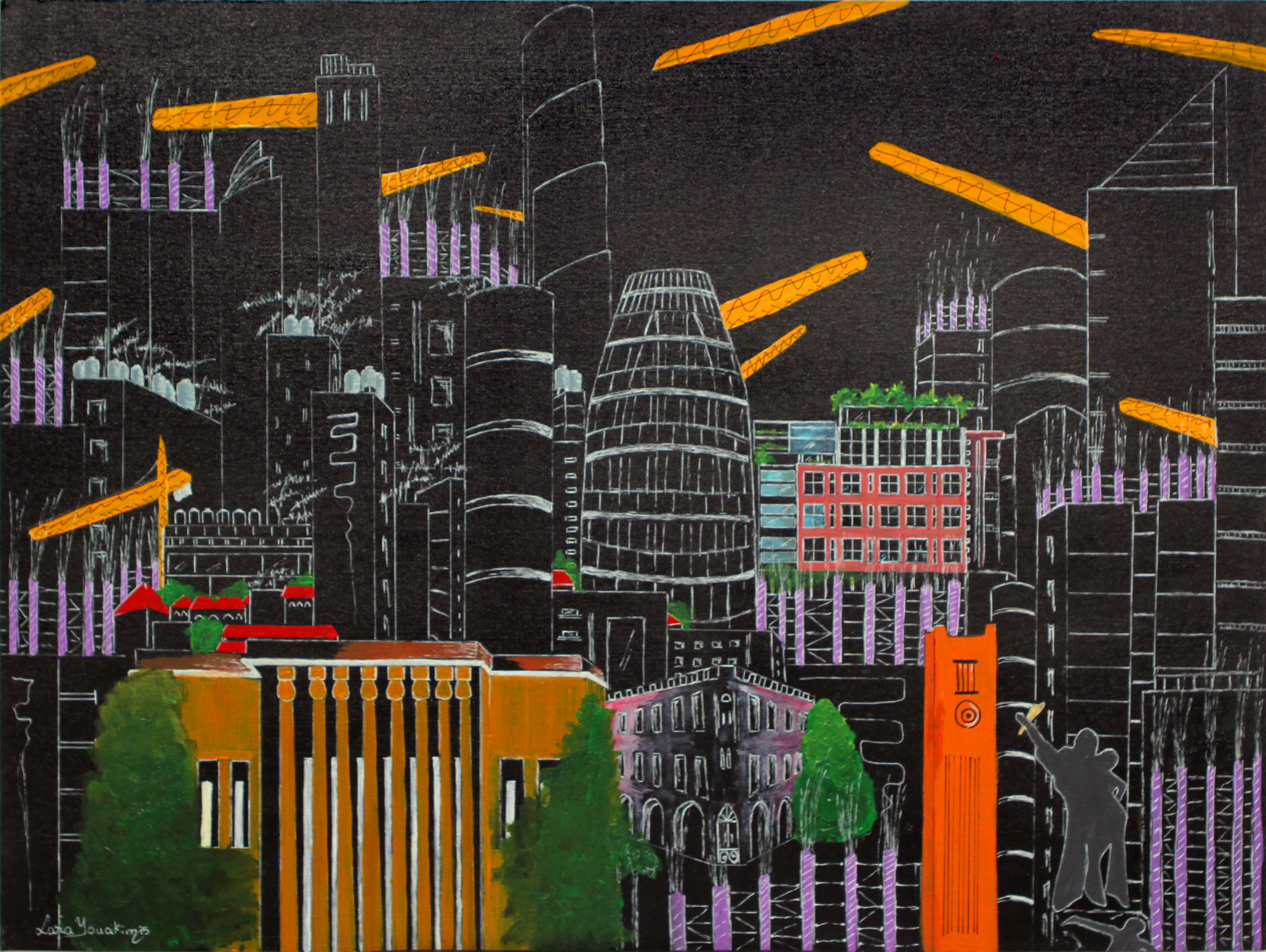 Acquired from the artist
There are no obvious condition concerns.
Beirut Lebanon
Ships in up to 14 business days.
We guarantee the authenticity and provenance of our artworks.

She has studied murals (Fresco, Laquer, Mosaic) in ENSAAMA and traditional religious icon making in Ateliers de la Mairie de Paris. She then started a major in Chinese language and civilization before settling in China for 15 years, during which she studied for 7 years Chinese traditional painting and calligraphy, as well as Japanese floral art Ikebana for which she’s got certificates from Kyoto Ikebana School. The few last years of her Chinese stay, she has been on and off in Bali where she followed several courses such as Balinese sculpture, silver jewel making, Batik making, Bamboo & Rattan weaving…

Lara is very interested in artistic techniques and her works are a mix of these and of different influences, Asian, Lebanese and western.

She has exhibited in China (group exhibitions) and her first exhibition in Lebanon was held in August 2010, a year after settling back in her country. Since then she exhibits twice to four times a year.

Her works were first mostly influenced by women and Asia. But since her return to the country and being shocked by the huge, fast and chaotic changes of Beirut, she started to work on that theme. She denounces the loss and death of the soul of Beirut. Lara lives in a typical old Beirut house, which makes it harder for her to accept the exaggerate modernization of the city, not taking in consideration its people or the touristic and historical interest of the, unfortunately, disappearing old Beirut. Besides, even though a certain number of buildings are beautiful, most of the time they don’t fit in their location because of the lack of urbanism.Her works about this town were first very figurative and tend now to be more abstract (abstract expressionist).

Her other theme is nature, as it is more and more missing in town and also because that’s what the artist misses from her beloved Bali.

Some abstract works take source in Arabic calligraphy and coffee reading lines and depending on the period there were painted, they take inspiration source in all what matters to Lara, such as love, discovery, life principles, travel…

2015-2018: Permanent display of a selection of my artwork at KAF gallery, Beirut, Lebanon

Since December 2012 Designing objects and selling in Asia, Beirut National Museum and in my art studio.

2001 to 2006: Exhibitions with my Chinese painting teacher, Beijing. China.