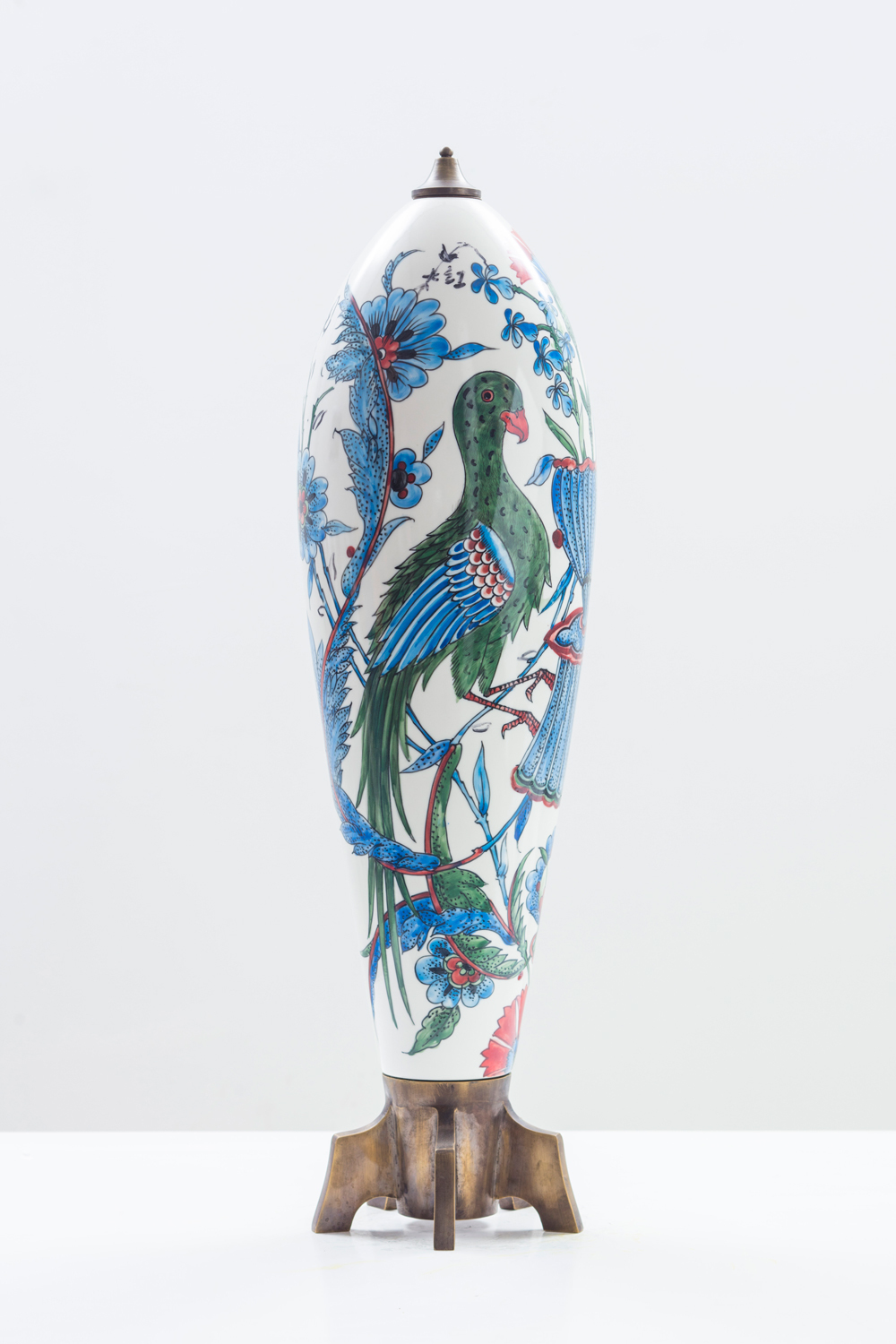 The town of Iznik in Turkey was already an established center for the production of under glazed pottery, when, in the last quarter of the 15th century, craftsmen began to manufacture high quality objects with a frit ware body and painted with cobalt blue under a colorless lead glaze.

The meticulous designs combine traditional Ottoman arabesque patterns with Chinese elements: this change was the result of the patronage of the recently established Ottoman court, who greatly valued Chinese blue- and- white porcelain.

Born in 1960, Katya A.Traboulsi is a Beirut based multimedia artist whose practice is characterized by the emotional intensity with which she confronts the effects of the Lebanese civil war. Both her painting and sculptural works are characterized by her bold use of color, which disrupts the viewer’s expectations of the dark subject matter they are confronted with. Her solo exhibition Perpetual Identities (2018) held at the Saleh Barakat Gallery saw presented 46 hand- crafted replicas of Lebanese war bomb shells adorned with colorful patterns, beads and sculpted forms, thus transforming these destructive military objects into beautiful, ornate vessels.

In 2013, Traboulsi published Generation War, a body of work that traces the story of photojournalists who witnessed the civil war during the 80s – an homage to their efforts and a political project that seeks to record the country’s complex histories. Traboulsi lived and worked in Dubai from 1989 till 2016 before returning to her native Beirut. Her work has been exhibited internationally since 1986 in Paris, London, Dubai, Kuwait, North America, the Algerian museum of Modern Art and the International Armory Show in NYC, Venice, Washington MEI and U.N in New York in December 2019.