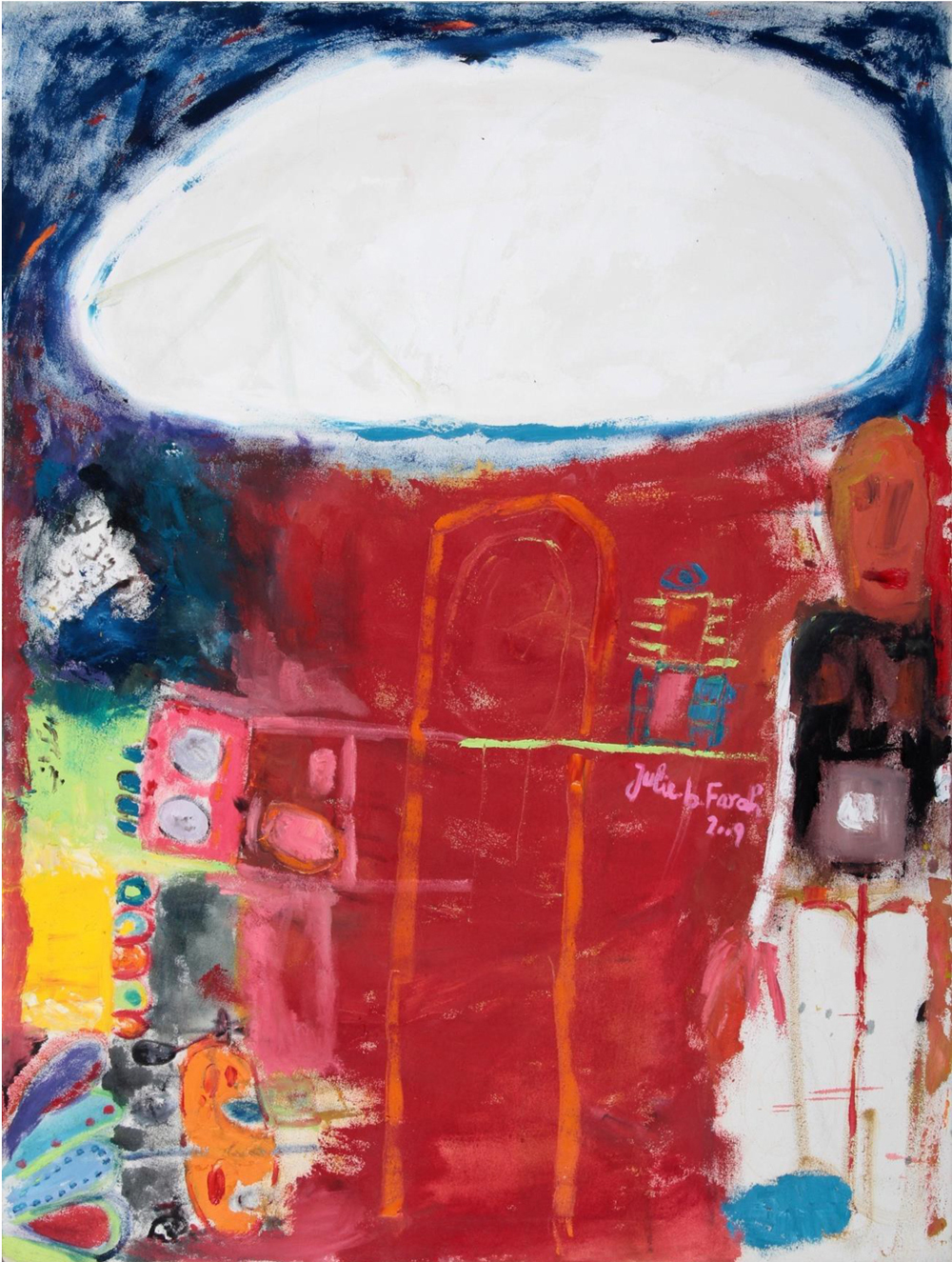 Born in Daher Es Sawan, Lebanon, Julie Bou-Farah graduated in 1991 with “Diplomes d’etudes superieures” of Fine Arts at “Academie Libanaise des Beaux Arts”, ALBA and received her Master’s degree in Fine Arts. After graduating she taught at the ALBA. In 2007 she became a lecturer at the Lebanese University.

In 1992 she was honored with Societaire au Grand Palais Salon d’automne Paris, where she has also exhibited, and also was awarded the Henry Matisse first prize at Nice, France, in the 16th biennale UMAM in 1999.

Throughout her career as an artist, she remained in touch with her inner child, as it is evident in her sense of playfulness, immediacy and spontaneity. Julie’s imaginative style focuses on daily life in its simplest and most charming form. The source of her inspiration derives from the enchanting world around her.

Her artwork represents daily life in a simple state. Julie is inspired by everything around her, everything that makes her think and smile and dream of creating an entity of images and colors.

“I am at my best in my atelier as the sun comes up, or goes down, having no plan other than being present and covering up what pleases me…. Playing and experimenting”

“My work is mostly subjective impulsive and improvisational.”

Her pottery and ceramic journey began in 2017 where attended a ceramic workshop in Thessaloniki Greece.

She adopts the Wabi-Sabi stylistic art form in her ceramic Artwork instilling the charming beauty of the imperfection, the ordinary and the incomplete. She likes to leave her mark on her artwork with personal handprints.