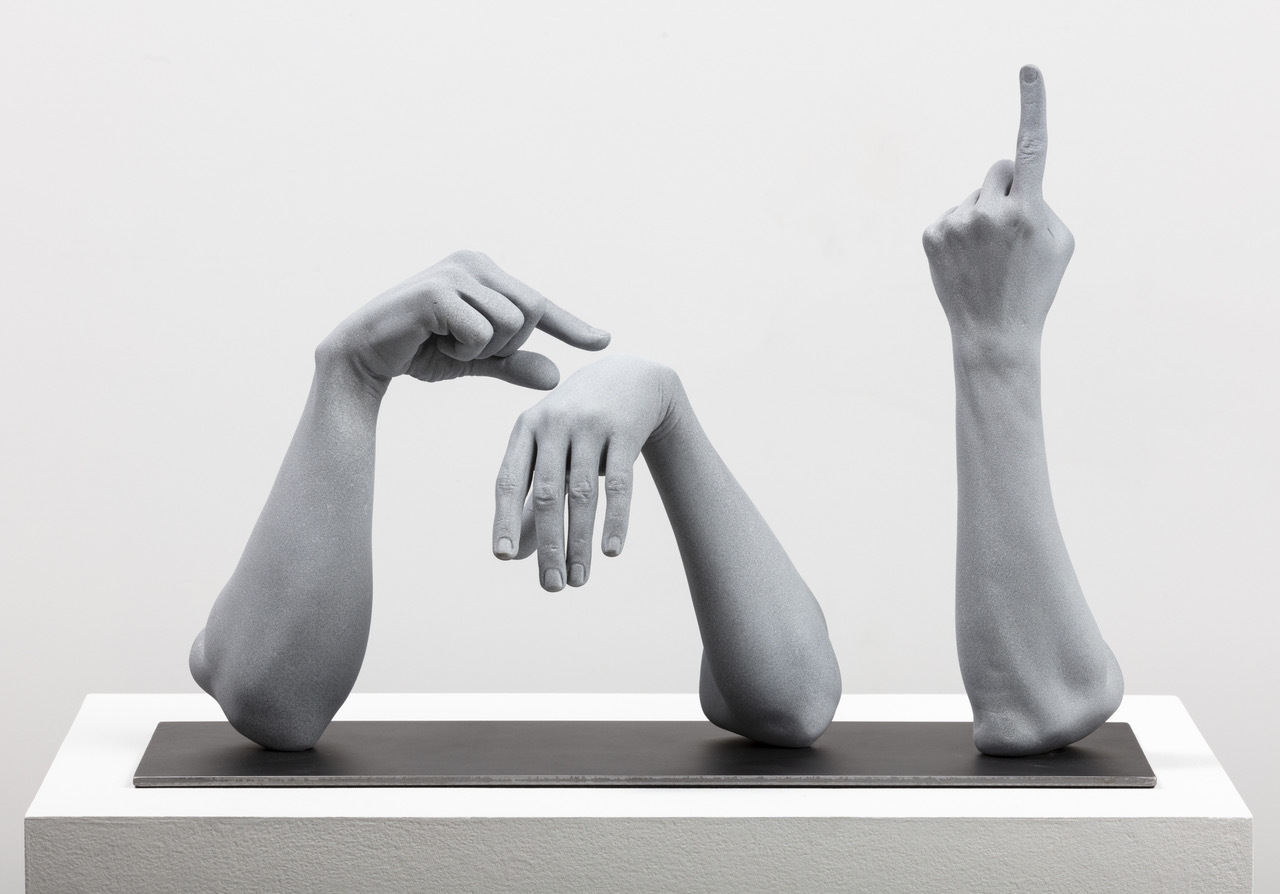 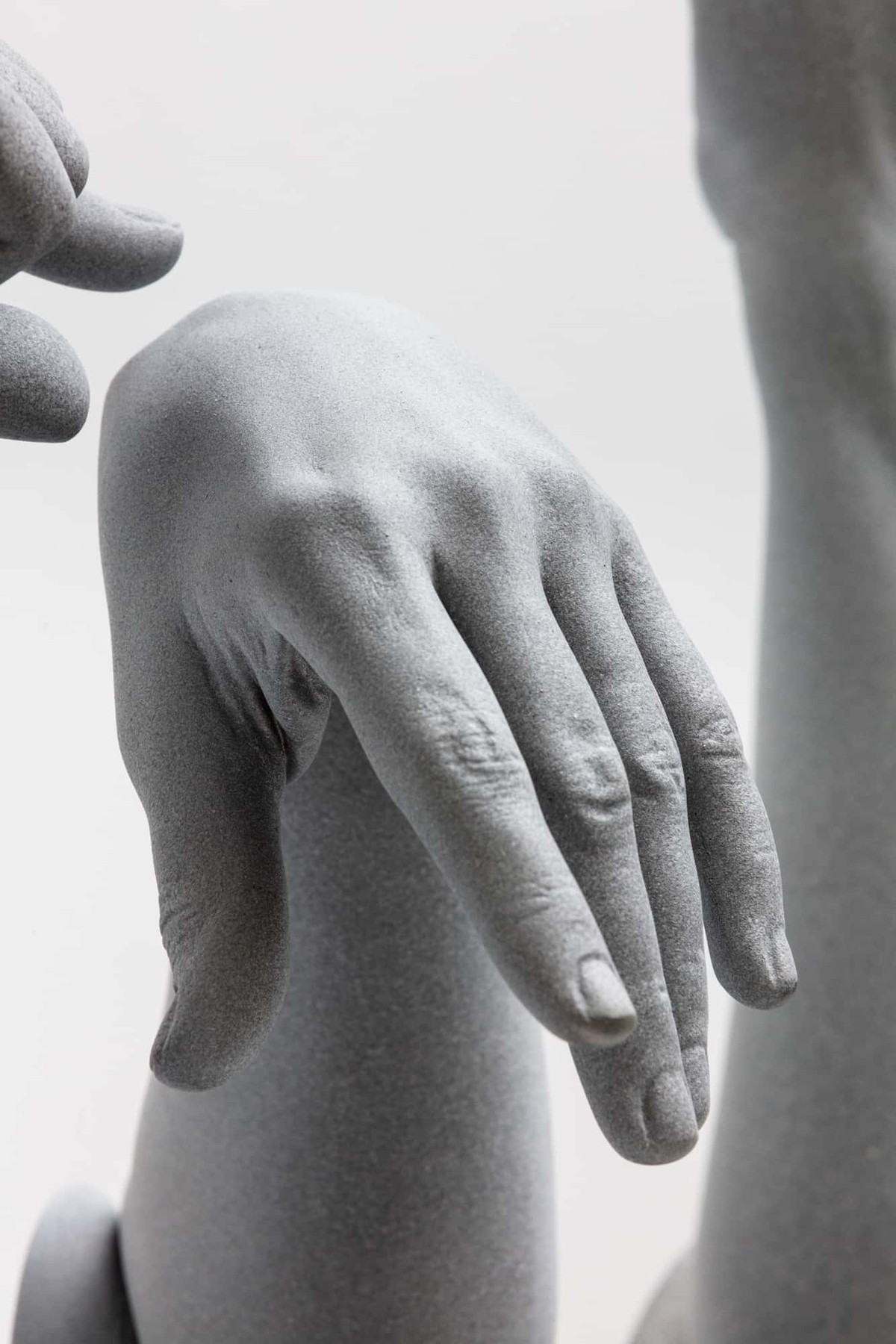 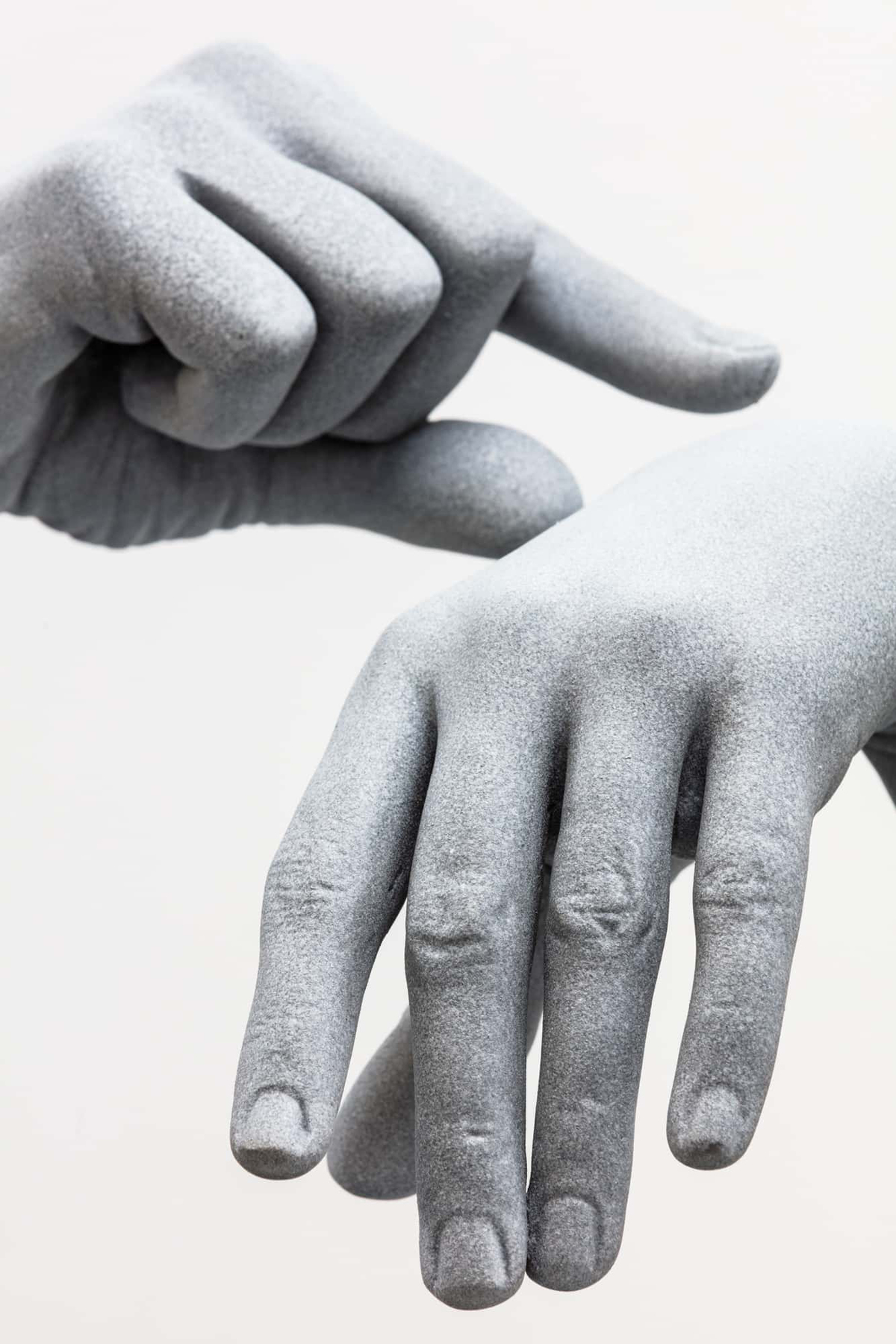 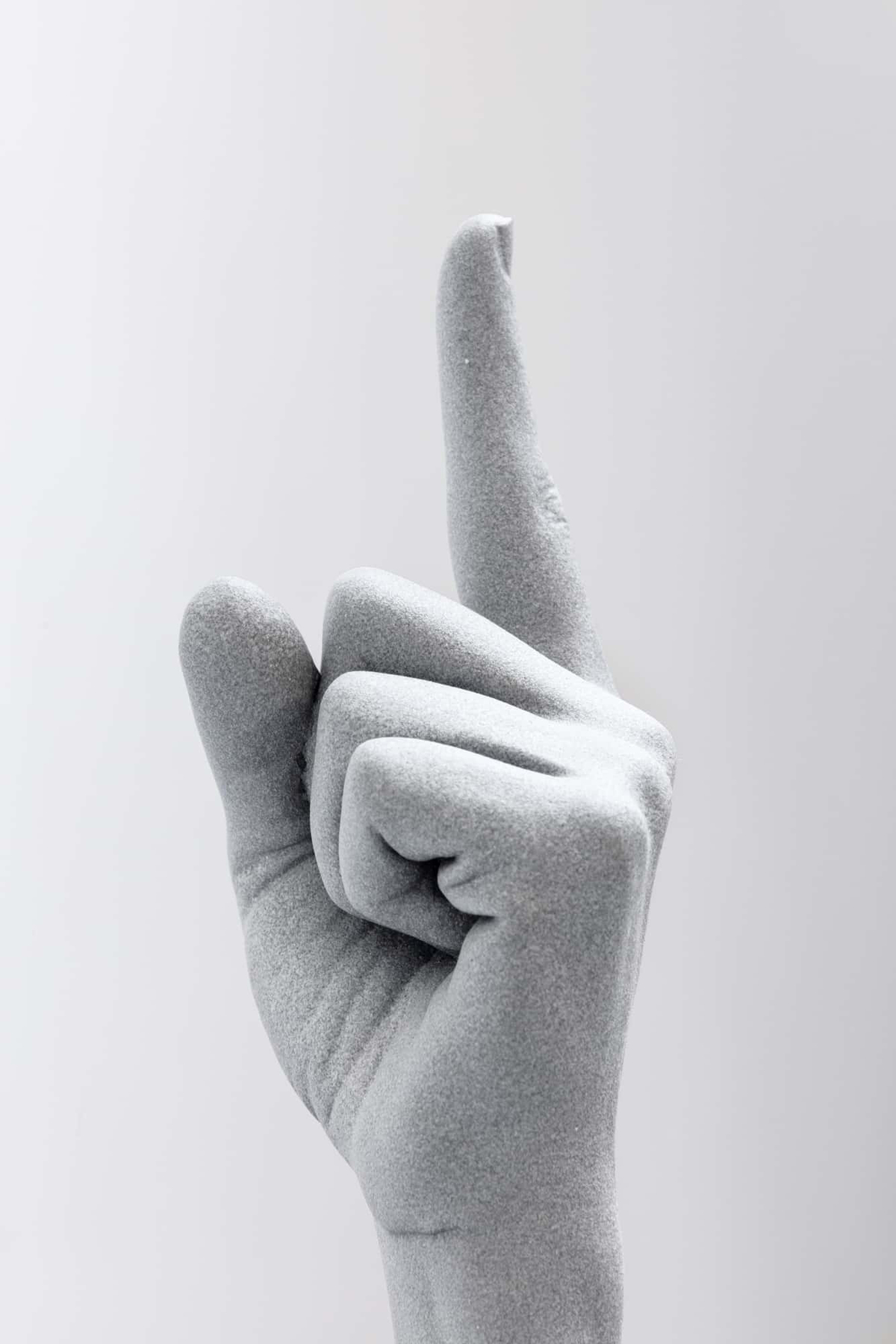 (possibility to cast in bronze)

"I am a French-American visual artist living and working in Los Angeles. I have been building a body of work through a variety of mediums: video, performance, installation, sculpture and text, experimenting with narration.

The individuals speaking out against gender inequality and the violence towards women in and out of the work place have greatly inspired me. Joining in the Women’s March and witnessing the creation of the Time’s Up Legal Defense Fund has had a true impact on my work as an artist.

Spontaneously and in solidarity, I created a piece. I cast my own hands to create the visual statement ‘TIME’S UP’ translating the words into an imagined sign language. The idea being that through body language, another form of expression, the voices can be heard and seen."

French-American artist, Joséphine Wister Faure graduated from the Ecole Nationale Supérieure des Beaux Arts of Paris. She has taken part in various exhibitions in France: Fondation d’Entreprise Ricard, Le Plateau, Centre Pompidou... Her work travelled to Italy, Germany, the United States and China. Joséphine Wister Faure’s work is built around her experiments on narration, through different forms of expression: video, performance, installation, writing, sculpture.  She questions the mechanisms of perception as well as the observer’s implication and creates openings for a narrative in which no scenario is imposed. The expansion of space and time builds its very own dramaturgy, and the strangeness of the circumstances alone engages the viewer’s interpretation. In parallel to her visual artwork, Josephine has regularly worked in film, crafting props and accessories, which has led her to perfect different special effect techniques that serve her in her personal work. She lives and works in Los Angeles and in Paris.