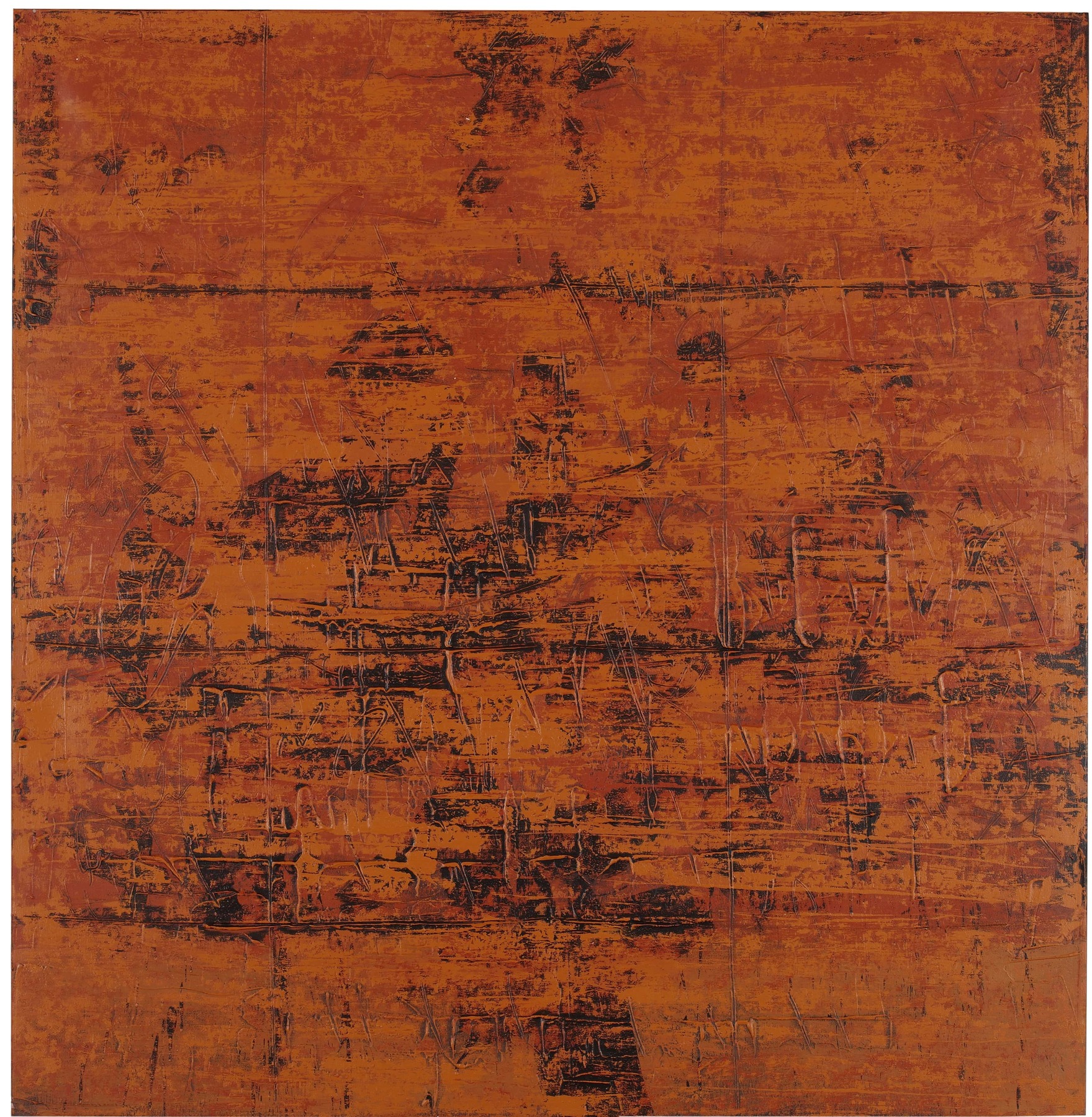 Joseph Chahfe was born in 1959 in Beirut and moved to Montreal in 1980. He received a degree in visual multimedia arts from Quebec University of Montreal (UQAM) in 1987. He has been exhibited at Galerie Janine Rubeiz in different solo shows, “Joseph Chahfe” (2007),”Memoire et Arrachement” (2011),” Bar Code” (2012), and group exhibitions as well: “Visages francophones” (2002), “Coup d’oeil passé et present I” (2005), “Peintres émigrés” (2005), "Pinceaux pour Plumes" (2006), and “Oeuvres recentes” 2008. Since 1989 his paintings and installations has been widely exhibited in the Arab world. Internationally he has been shown in various venues, such as the Katzen Arts Center at the American University Museum in Washington DC, the Institut du Monde Arabe in Paris, the Sursock Museum and the Museum of Modern Art in Cartagena, Colombia, where his work is exhibited in the permanent collection. The artist's work has been presented by Galerie Janine Rubeiz in Art Dubai, Abu Dhabi Art, Europ’Art (Geneva), Art Paris Carousel du Louvre, Star’t 2001, “Visages Francophone” in Cahors and “The Gallery in Cork Street” (London).“The International Art Gallery” (California), “Mekic Gallery” (Canada). Chahfe’s work can be found in collection of Audi Bank and at the Convention Center of Cartagena. His work is permanently exhibited at Galerie Janine Rubeiz.

When the formal qualities of painting are interpreted in terms of material properties, we come to a fascinating discovery: Materials possess a history of their own and are, therefore, defined by the history of the art that inscribed them. In the work of Joseph Chahfe, the material itself becomes a medium of expression, "It is the infrastructure of the relationship between man and culture, a story lived by memory." Thus, his canvas are conceived as urban walls or ancient palimpsests, pregnant with movable meanings with different interior and exterior architectures subject to the haphazard nature of time and everyday life. Grounded in the gesture of the trace, Chahfe construes his work as the final operation of a formal relation between two glued canvases, embedding in the process an overarching metaphor for origins: "The material becomes the traces of human conduct of an emotional historic charge, of a research about origins." His most recent work, formulating a conceptual question for the problem of origins and natality, is engaged with the bar code as a sinister metaphor for the different enclosures and limitations forced upon by the political realities of identity and citizenship.