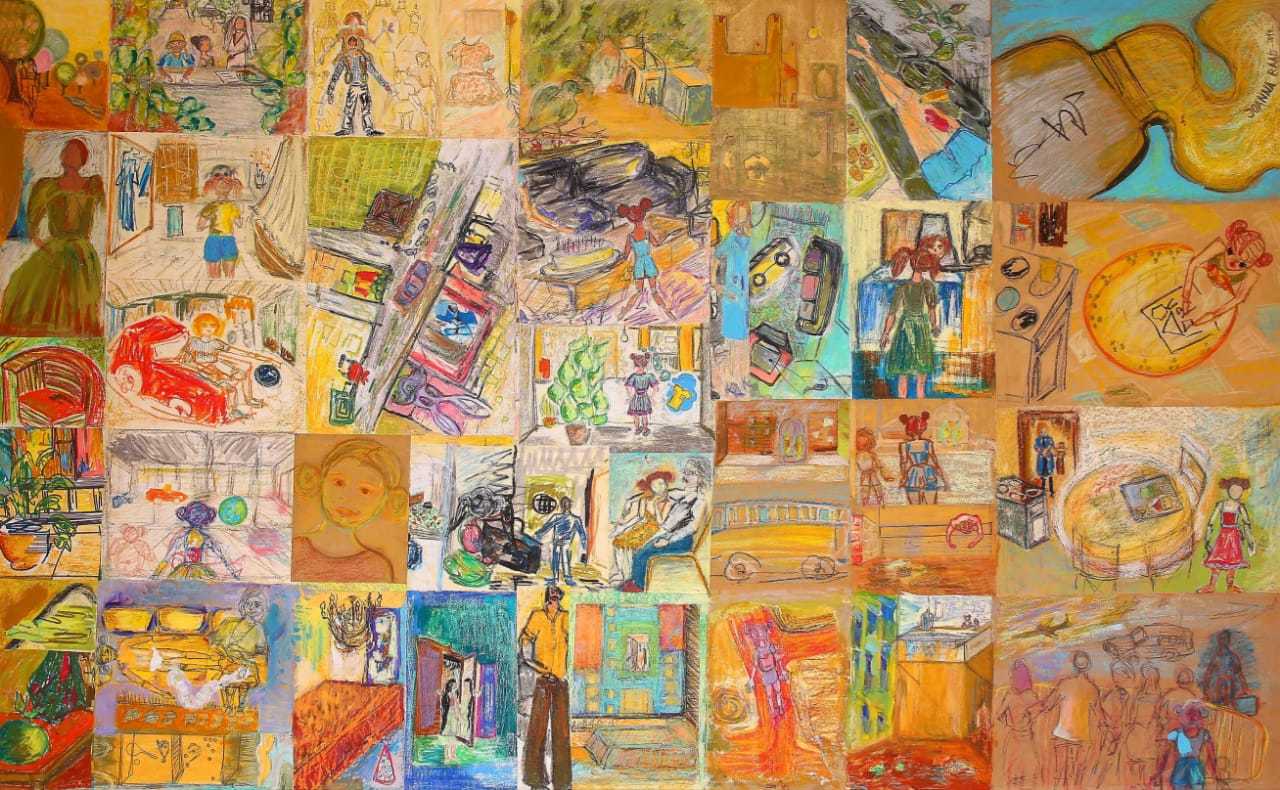 
1979: Joanna’s little sister Dalia was born, the family moved from Teta Marie’s house to a building next door. The absence of “Papi Abdo” was even heavier. Joanna was suffering tremendously from his absence. At 3 years old, her sister Dalia used to sleep in “Papi Abdo”’s” suitcase to unconsciously express her desire to travel with him. At the age of 7, she teared up his passport pages under the excuse of collecting stamps. 1982: Joanna lived the war indirectly.it was more the consequences of the war that affected her than the war itself. Her mother Samia, alone in West Beirut with her two little girls used to protect them from fear by turning off the radio and TV and containing her fear. Therefore, Joanna found refuge in her bubble. Being introverted and lonely with very few friends contributed to nurturing her imagination. She has built her own world. Her way to express it was mainly through drawing on the pages of her diary. Alternatively, by transforming the house’s props and furniture into a kind of Lego her sense of space and imagination developed.

There are no obvious condition concerns.
Acquired from the artist
Beirut Lebanon
Ships in up to 14 business days.
We guarantee the authenticity and provenance of our artworks.

Dr. Joanna Raad is a scenographer, painter, and researcher. She recently joined AUB as a lecturer in the faculty of arts and art history. She obtained her PhD in Theater, her Masters in Cinema, and a Bachelor in performing arts from Saint-Joseph University in Beyrouth (USJ).

She also conceived and executed more than 120 projects (TV series, short films, music videos, and plays) and three solo painting exhibitions. Her scenography for 'Rizkallah ya Beyrouth', a play by Jallal Khoury is featured in WORLD SCENOGRAPHY ENCYCLOPEDIA, second volume (1990-2005).

As a researcher, she is a member of the Kandinsky Library in the Pompidou center in Paris. Her research interests are oriented towards scenography, history of modern art; the correspondences between theater
and painting; cinema and painting. and the abstraction in dance.