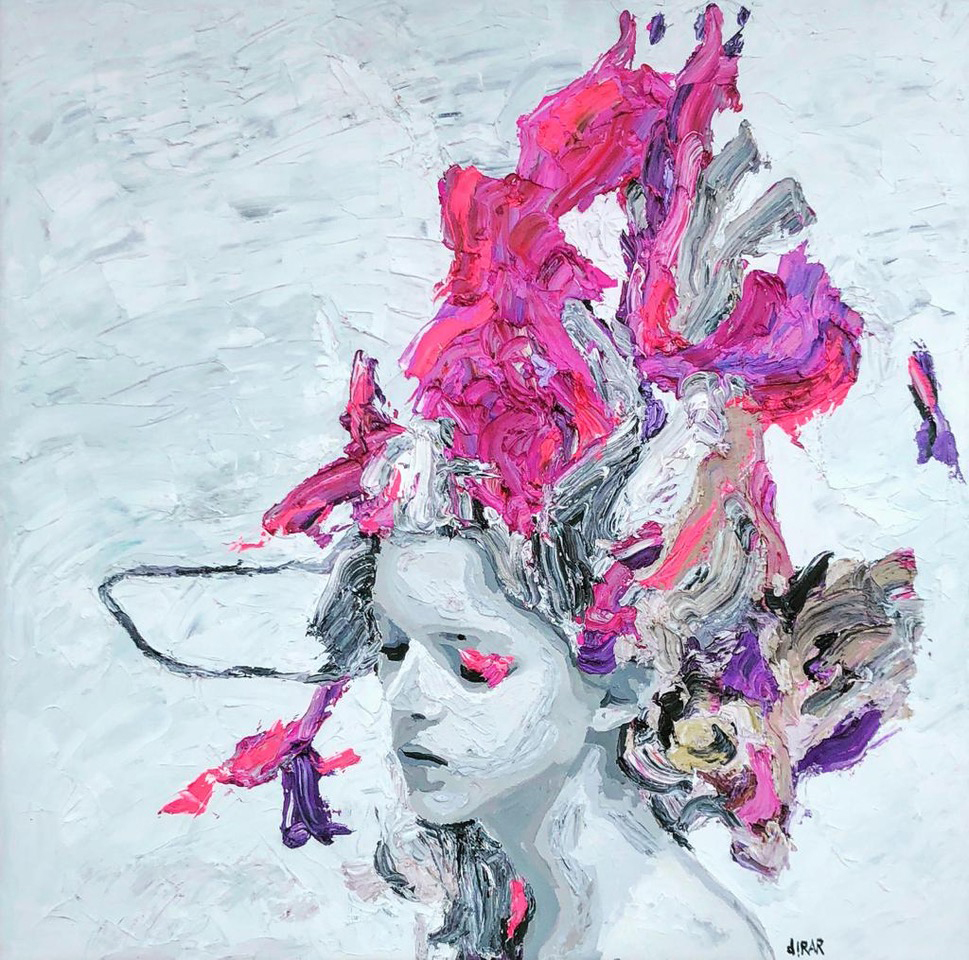 Hossam Dirar (born in 1978 in Cairo, Egypt) is an Egyptian artist who has been based in Barcelona, since 2014. He obtained a BA and learned graphic design from the Fine Art Faculty of Applied Arts, Helwan University, Cairo. Later, in 2008 he started to paint, then in 2011 as a result of the Egyptian Revolution, he decided to focus solely on his art. During this time, he traveled around Europe visiting art galleries and museums all of which significantly influenced him. For instance, in Vienna, he saw for the first time the works of Gustav Klimt and Egon Schiele, which are references for his present artworks. In 2016, he went on to study a Masters in Sound Art at the University of Barcelona.

Hossam is a self-taught artist who is continuously experimenting with new techniques. Also, he has a particular interest in Arabic, Al-Andalus (Spain) and Ancient Egyptian history; which is currently his main subject of his paintings. In addition, from these travels around Europe and Egypt, he has gained inspiration and learned about the difference between both cultures.

His works which are between figurative and abstract is considered by him to be the best way to express his ideas. He is better known for his works on large-scale oil canvas, in which he applies layers and layers of oil paint creating a great texture. However, he is actually a multi-disciplinary artist, whose main topics are questions of cultural identity and women’s rights. He expresses himself through different media, such as; painting, video, sound, and installation art.