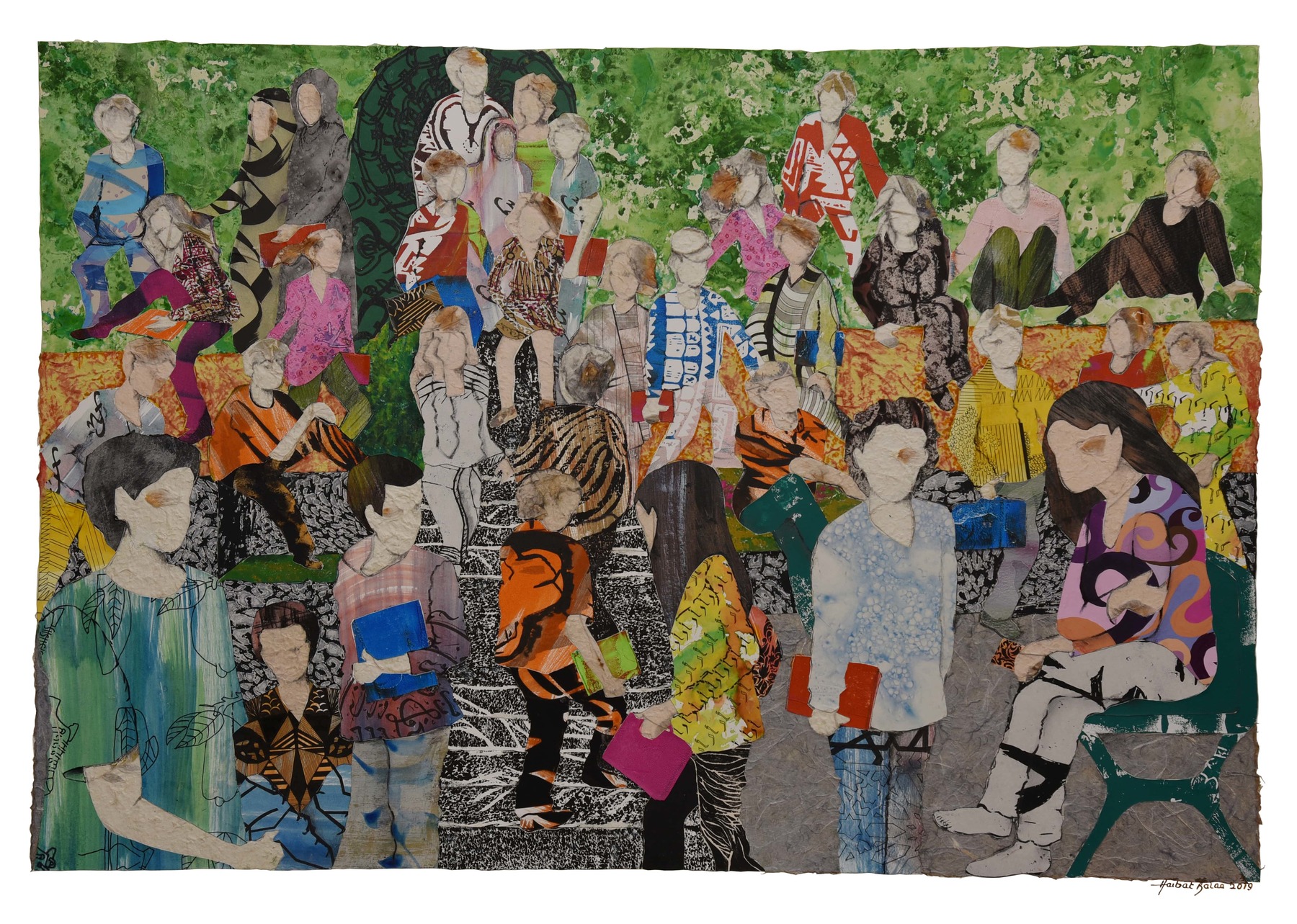 I used silk screen prints, etching prints, calligraphic artworks, different textured types of paper along with cut outs from my drafts and sketches in watercolor and gouache, and assembled them together. My concept for this artwork was to show our future generation at LAU in a colorful state. I portrayed colorful university students in front of Sage Hall, as it represents one of the oldest buildings at LAU. Those colorful students are our dream for a better future. Hopefully, they will be our future leaders.