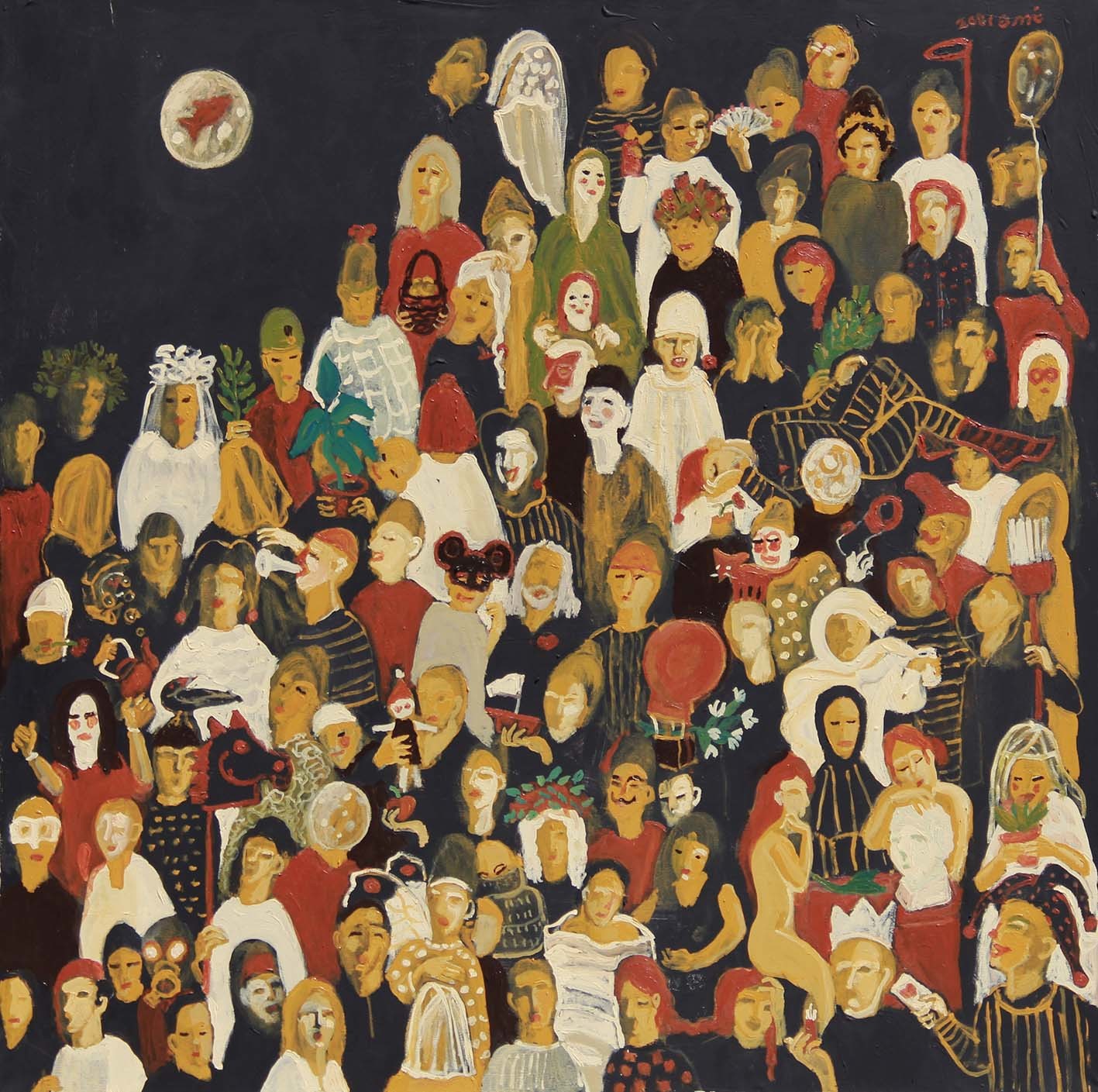 Save to Favourites Zoom View in room Share
Ghylan Safadi
Follow Artist
The Lives of Others 6 , 2021
Acrylic on canvas
100 x 100 cm
Signed
Unframed

There are no obvious condition concerns. For a full condition report please contact us.
56th Youssef Hayek street Gemmayzeh | Beirut - Lebanon|
Ships in up to 14 business days.
We guarantee the authenticity and provenance of our artworks.

Primarily known for figurative work, Ghylan Safadi explains: "My painting is in constant development… my experience[s] are becoming more and more clear, and I have been inclined for some time to black and white because they represent depression.”

Born in 1977, contemporary artist Ghylan Safadi is a graduate of the Faculty of Fine Arts at Damascus University. His works focus on the cartoon imagery in order to produce sketch-like social vignettes. The compositions are teeming with diverse figures, each playing a role in narrating these disquieting scenes. Whether the pictures touch upon social, political, environmental or even personal issues, they each tell a story and unveil an uneasy truth about the troubled climate of today’s world. Safadi’s works skilfully emanate a certain irony, as the childlike representations come into contrast with the obscure and mature themes.

His works have been shown in several solo-exhibitions in his hometown, and in Beirut-Lebanon . He has also participated in numerous collective exhibitions, both locally and internationally, including the Royal Center in London, the Arab World Instituate in Paris, the Lighthouse Mobile Gallery in London, Paris, Berlin, Washington, Kuwait, Dubai, Bahrain, and Tokyo. His works are housed in collections that span accross Damascus, Beirut, Paris, London, Dubai and the United States.