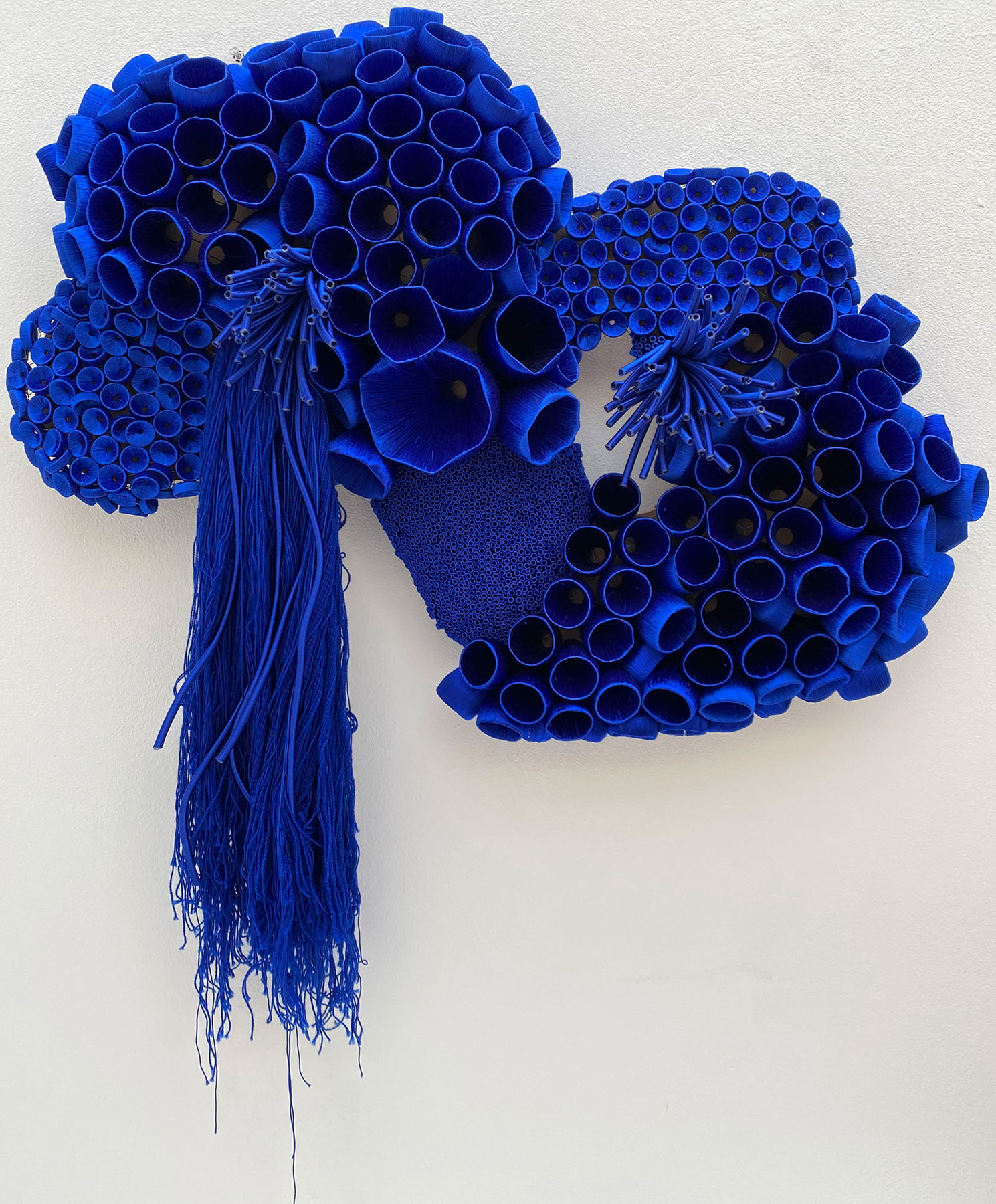 Silk and Wool on plastic and metal