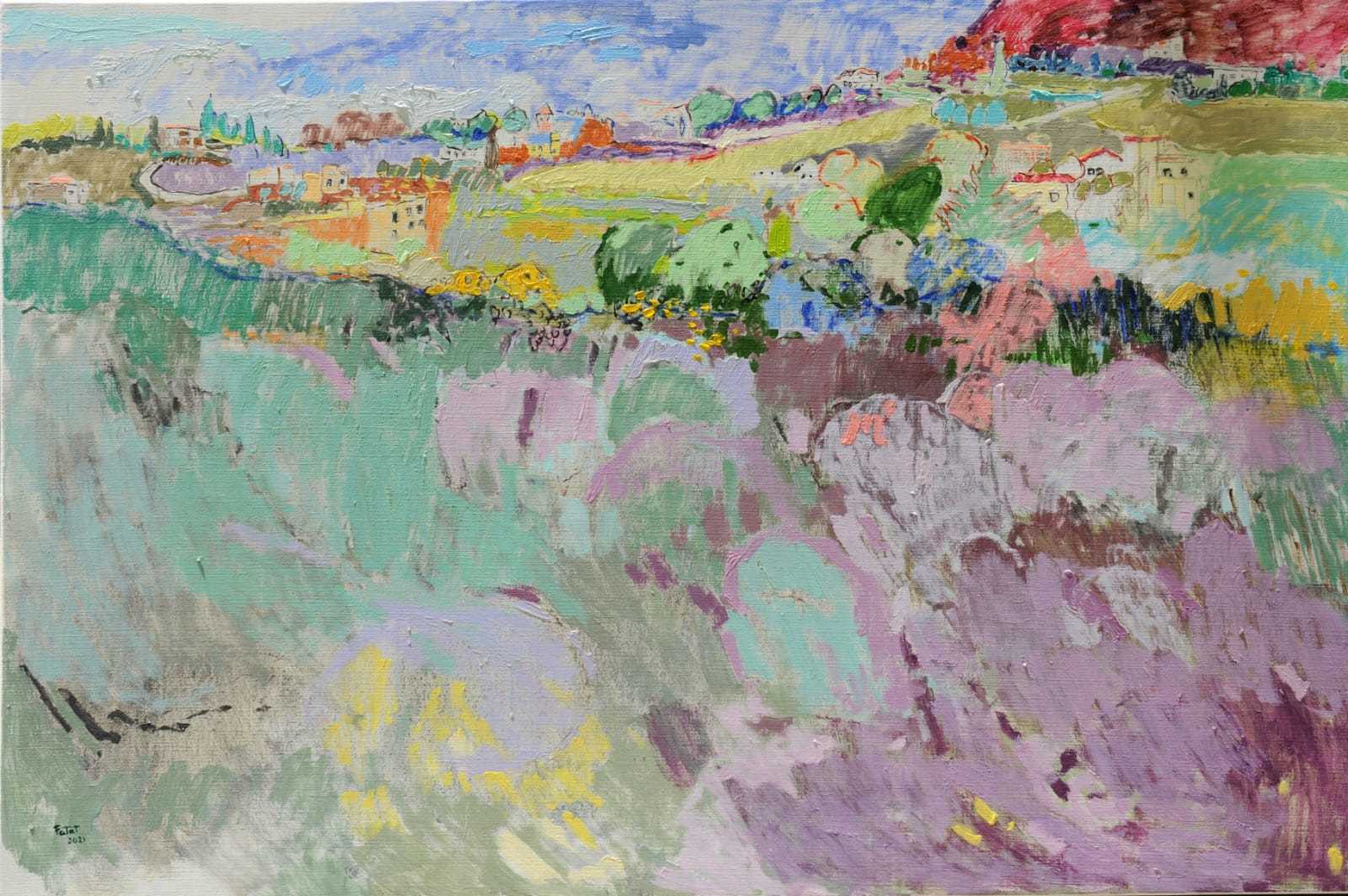 Fatat Bahmad is a Lebanese contemporary painter, born in 1973 in Beirut, Lebanon. After the broke of the civil war in Lebanon, her family moved to Kfarmelki in Southern Lebanon. Fatat spent her childhood there, then went back to Beirut to pursue her studies. Kfarmelki’s nature and landscape influenced Fatat.

In 2010, she received her MA degree in Education from The Institute of Oriental Letters, University Saint Joseph, Lebanon.