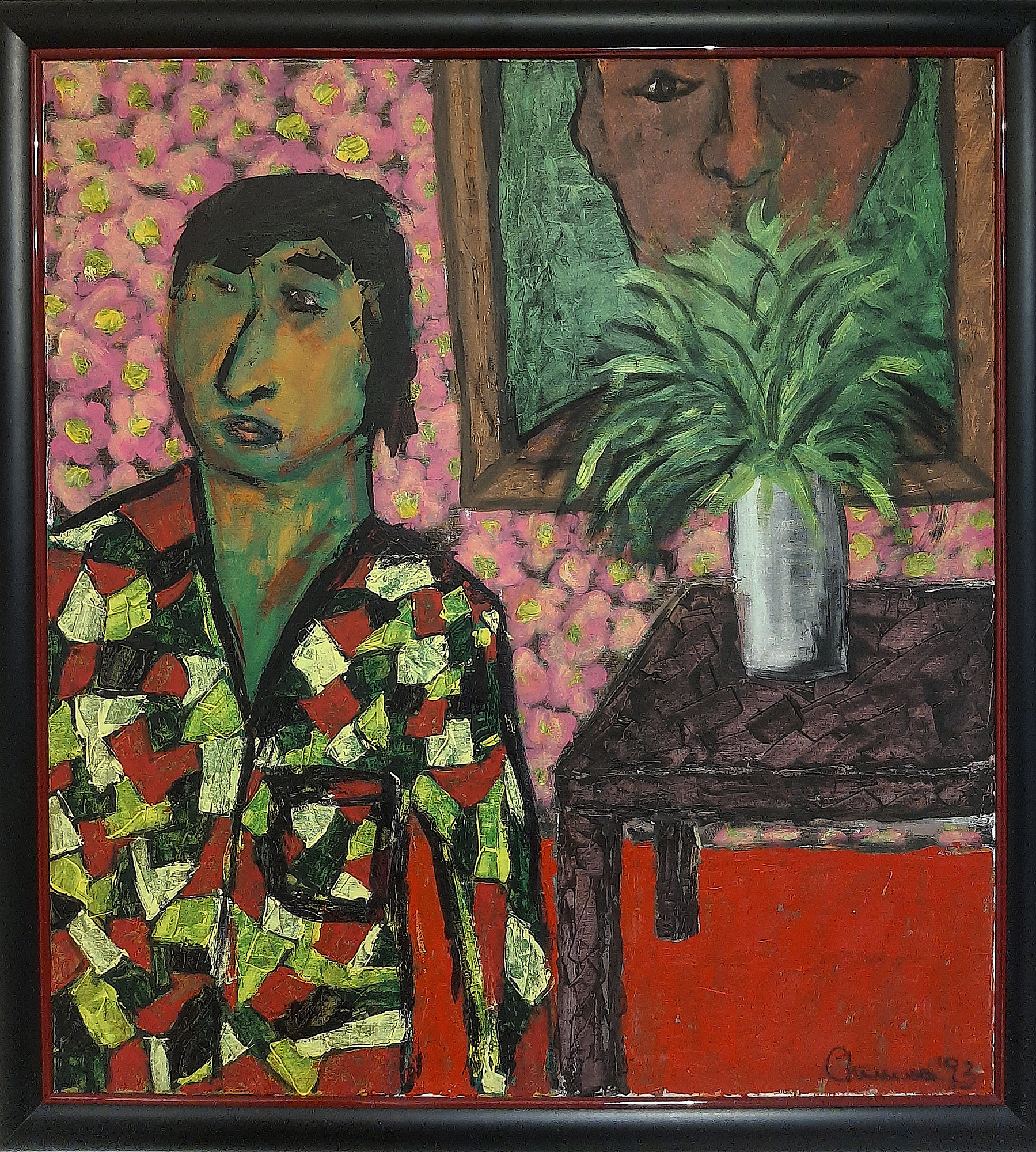 Fadi EL Chamaa was born in 1960, in Beirut. He is self-taught, based in Baabdat, Lebanon.

Fadi El Chamaa has been painting his many facets since his 20’s creating along the way an evolutionary, abundant and very complex body of work. A hymn to freedom.

In 1981, Fadi starts as a salesman in family owned business (art material distribution).

In 1995 he leaves the family business to dedicate himself to art in general and painting in particular. After few shows and 2 Salons d’Automne in Beirut, the financial pressure starts weighing on his growing new family.

In 1997, he joins JWT advertising agency in Beirut as a copywriter. He collects many regional and international creativity awards. In 2006 and as Executive Creative Director of JWT Cairo, he lands the first Cannes Lion Award in the MENA region.

In 2013 he joins TripleTwo Communication Agency – Doha as their Chief Creative Officer.

He leaves the advertising industry in 2014.