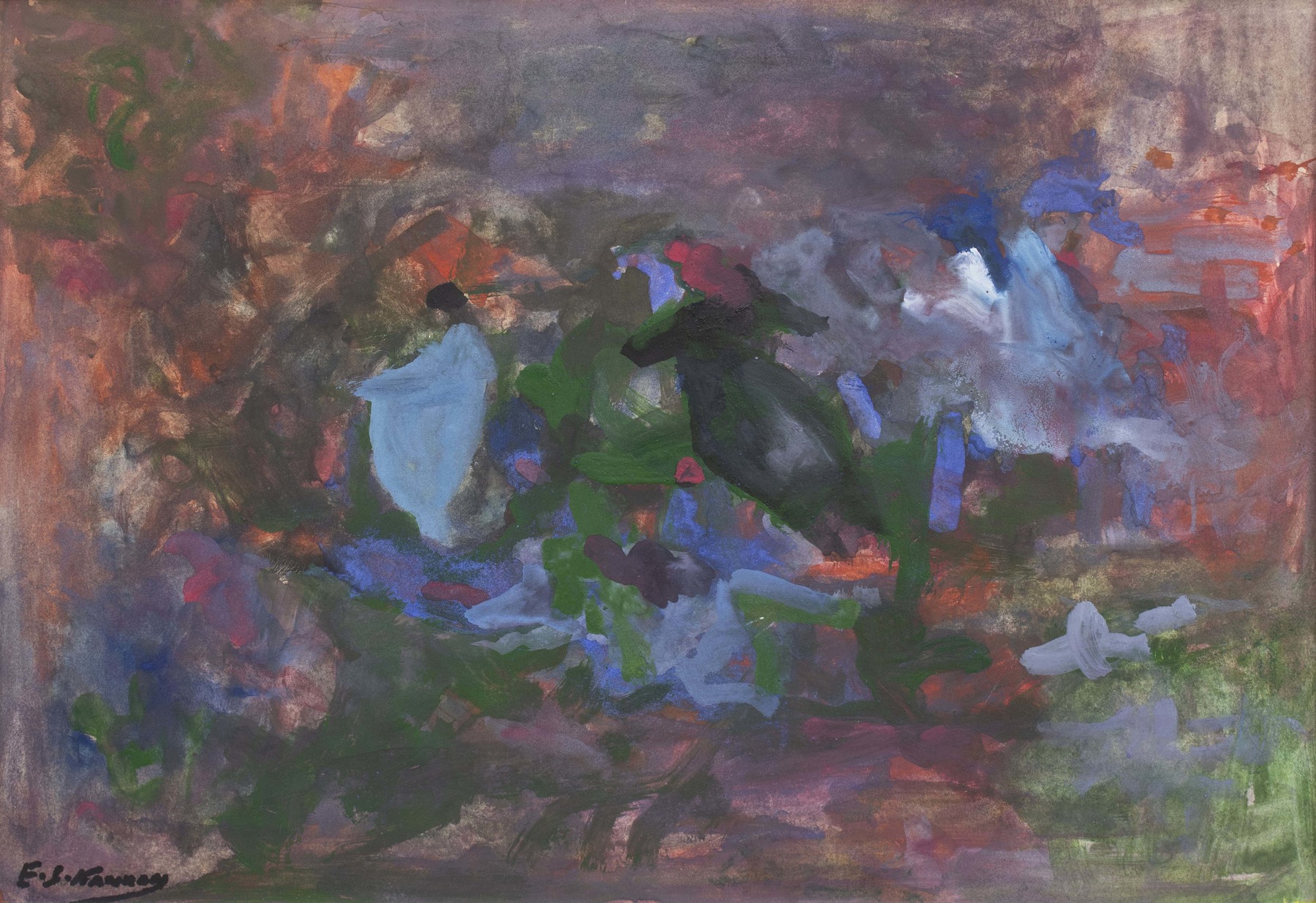 Elie Kanaan is a Lebanese Modernist artist who has been widely acclaimed for his colour compositions and brilliant technical drawing and painting skills.

Elie Kanaan (1926 – 2009) developed his style in oil painting in his early twenties. He met with well-known painters, including the French painter Georges Cyr. He won in 1957 the first price in painting at the "Salon du Printemps", and the UNESCO's price in 1958.

He received a fellowship to Paris and went to the Free Academy of the Grande Chaumière. He developed an abstract style.

He traveled to Europe and to other countries. Since 1962, he had many exhibitions, in Paris, New York, Sao Paolo, Belgrade, Moscow and Alexandria. The influence of his works remained from the atmosphere of Saint Germain-des-Près and Montparnasse, in the 50s and 60s. In 1967, Elie Kanaan received the award Prix Vendôme and was recognized in Europe.

Elie Kanaan went back to Beirut, and became professor at the Lebanese Academy of Art. He organized as well international exhibitions.

His work was part of the most prominent collections of the world.