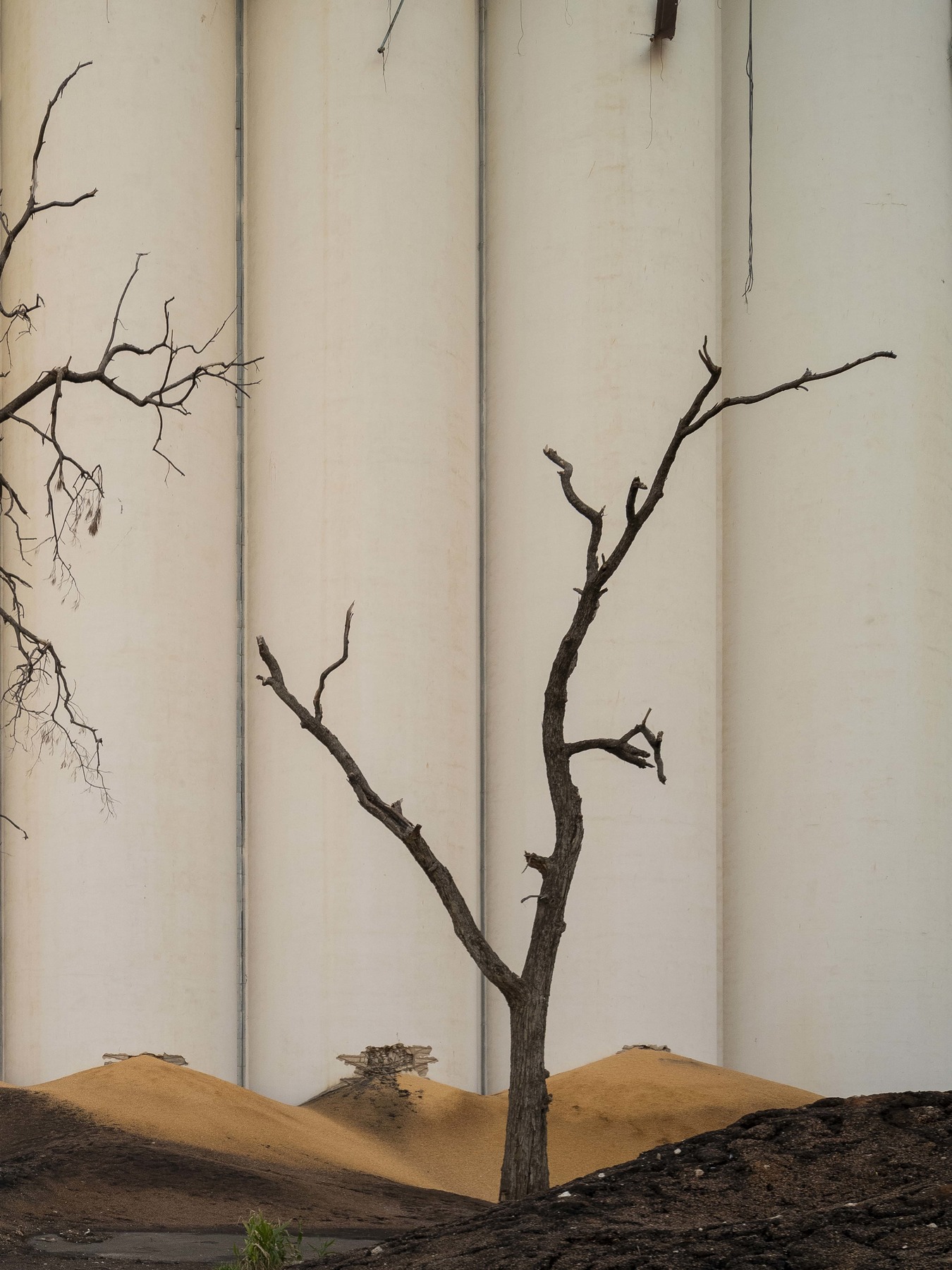 Standing perfectly still, frozen since it died 8 months ago, this is The Dead Tree...

While some trees have miraculously survived the apocalypse of August 4th, and the countless fires that ensued, this tree remained a testament to everything that unraveled. Though the Silos show no sign of fire, this blackened silhouette of a tree seems like it came out of one. It is a dead guardian of hell.

Dead because from August 2020 to April 2021 this tree has remained exactly the same, down to the millimeter. Unshaken by the coming of Spring, it is actually a point of reference for the ongoing Silos laser scan study, as it is the most stable object in the entire area. Everything else is constantly moving.

The tree stands facing the Silos, with the “Dunes of Beirut” running between them. The tree is in shock and disbelief of how in one moment life turned upside down. It also stands in awe of the magnitude of the Silos and the force they absorbed to not fall back and crush it. It is dead but it is there, for now.