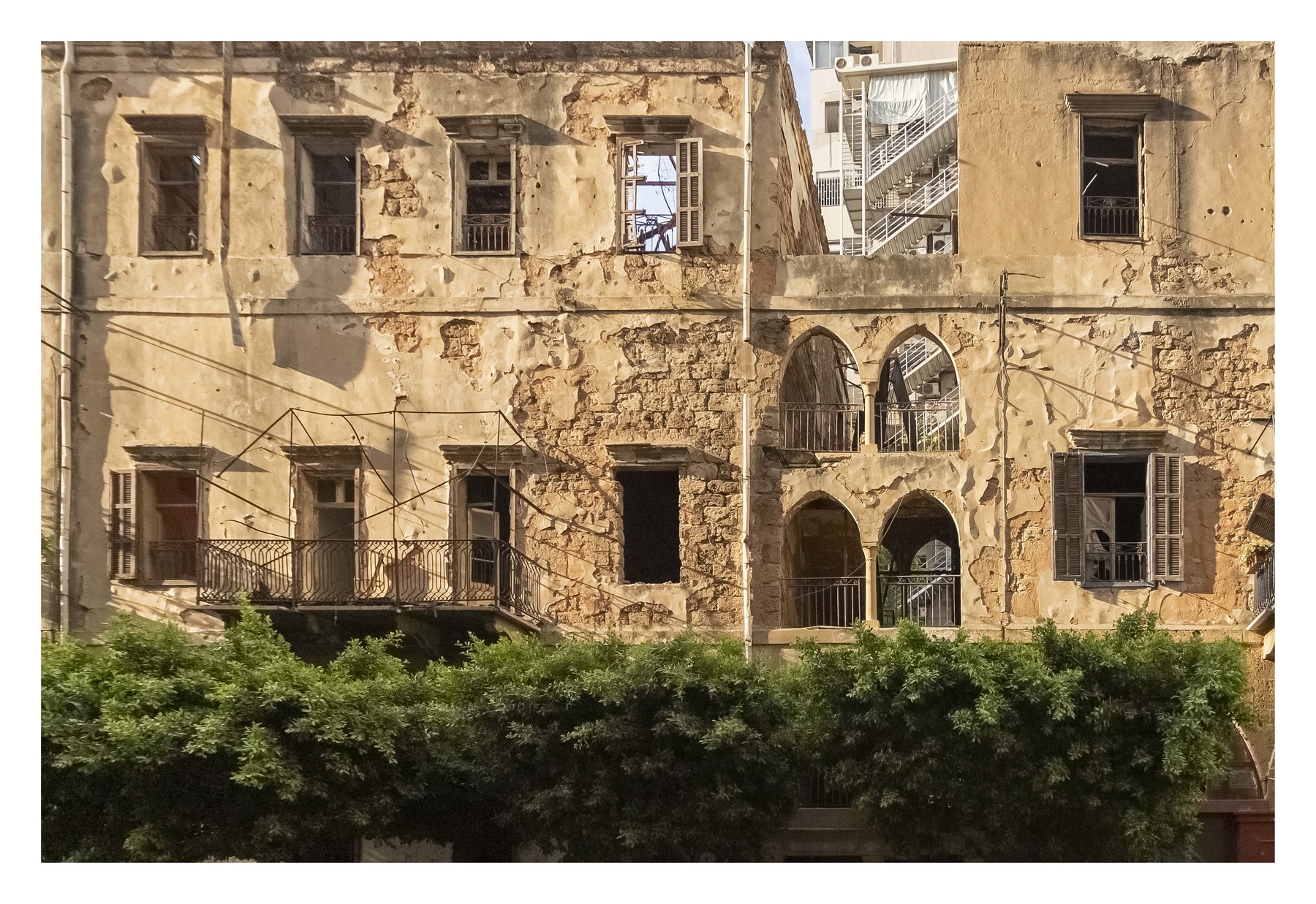 Completely “Stripped” of any chance of survival, a building that was under renovation in 2020 to host a boutique-restaurant, is on the verge of collapse after the sweeping force of the Beirut Explosion left its fate hanging as loosely as its walls. This piece represents the beautiful ongoing “Crisis” that is Lebanon.