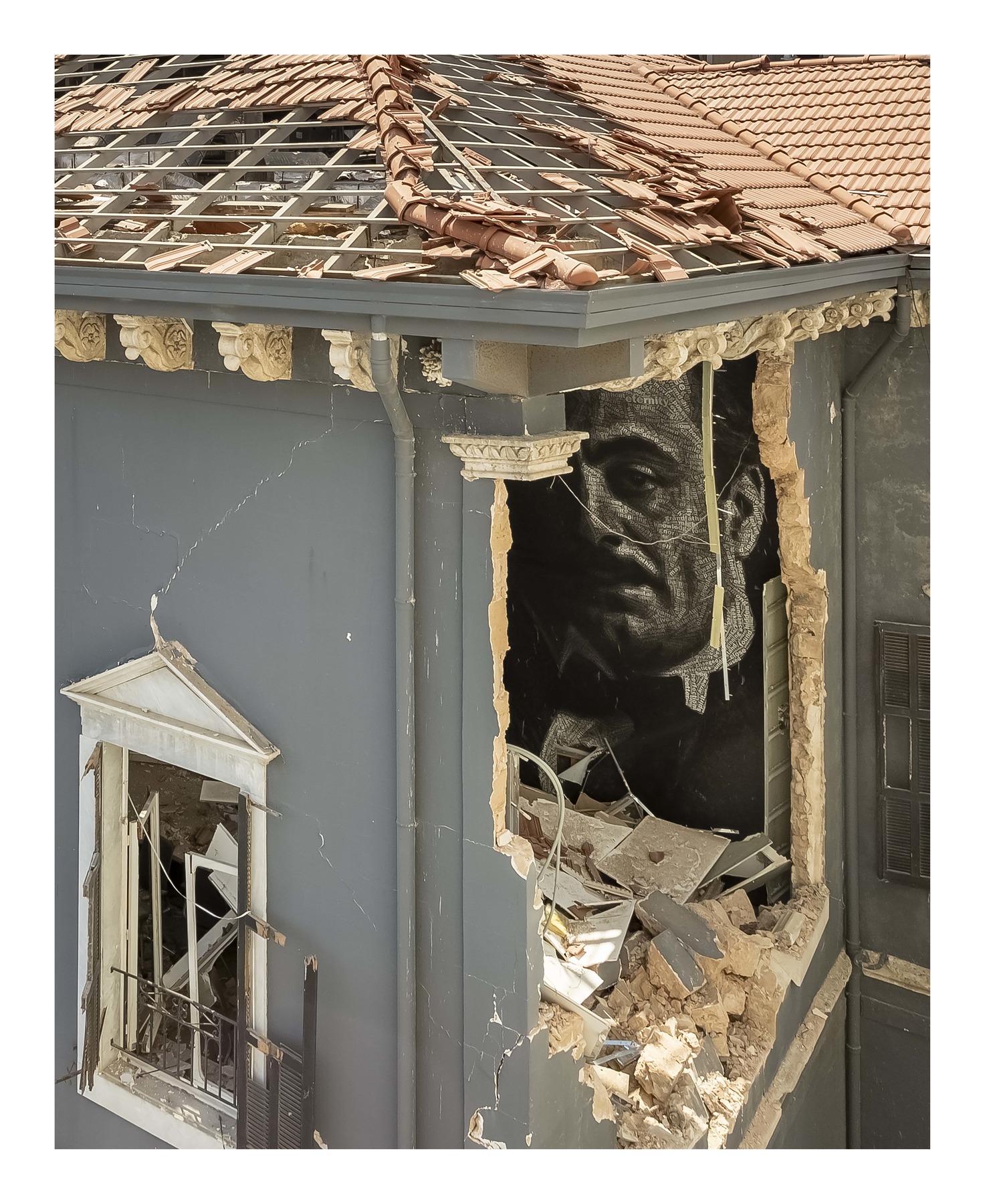 “Gibran Khalil Gibran” 112x92cm (available in 55x45cm on fine-art paper), captured by Dia Mrad on the morning after the terrible double explosion of August 4th. The figure of Gibran Khalil Gibran emerges from the rubble of a devastated 1800s mansion on Sursock street. A photo that became the symbol of the destruction of the Lebanese capital through that of its historic architecture. The poet's gaze, which seems to emerge from the crumbling walls of this historic mansion, has the sharpness and sadness of despair. The despair of having been the occult witness of the devastation of his beloved country of the Cedars, that of which he celebrated its longevity, aspiration and everlasting beauty. - Zéna Zalal / L'Orient Le Jour