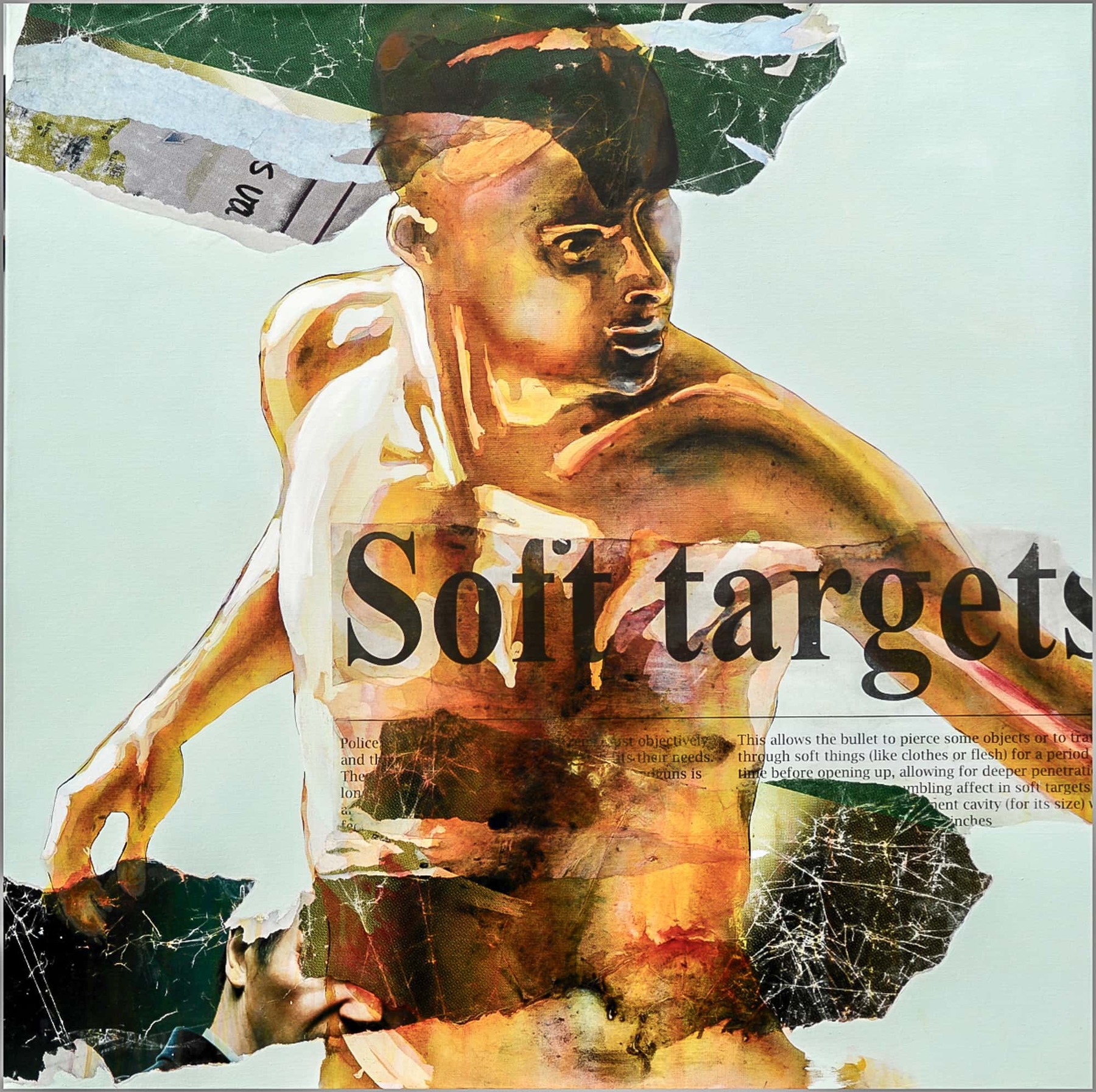 Directly from the artist.

Visual artist and photographer, Bruce Clarke was born in London in 1959 from South African parents. He now lives in France.

It was at the Fine Arts School at Leeds University in the 1980’s that he was initiated to the Art and Language movement around Michael Baldwin, David Bainbridge, Terry Atkinson, Harold Hurrell. In the wake of these pioneering conceptual artists, Clarke’s work engages with contemporary history, the writing and transmission of this history and hopes to stimulate thought on the contemporary world and its representations. Deeply anchored in a school of critical figuration, his artistic research integrates codes finally to use them to criticise and demystify structures of power and injustice.

Bruce Clarke became politically and artistically engaged in the struggle for change in South Africa during the period of apartheid. In parallel he followed the evolution of the situation in Rwanda and the planned and proclaimed genocide, participating in the creation of a collective for solidarity with the Rwandese people. It was whilst doing a photo reportage in Rwanda for this collective in the days following the end of the genocide that he realised the importance of art in the process of the conservation of memory and the writing of history. A few years later he started to work on the creation of a memorial site near Kigali, the Garden of Memory, a monumental installation project on-going since 2000, in close collaboration with survivors’ families, civil society associations and the Rwandese institutions as well as UNESCO. He later worked on a large scale mural project for the 20th commemoration of the genocide in Rwanda entitled Upright Men (www.uprightmen.org) in Rwanda and elsewhere in the world (Ouidah, Geneva, Lausanne, Brussels, Paris, Montreal etc…)

As resident artist invited by the Conseil Général de Guadeloupe (French Caribbean), he produced an exhibition “Fragments of tomorrow’s History” relating the link between the slave trade, colonialism and globalisation. Collaborator in the Lille based Fest-Africa organisation’s project on Rwanda: Write, Film, Paint in memory, he has also worked with the Afrika Cultural Centre in Johannesburg and led visual arts workshops in South Africa, Ethiopia, Rwanda, Benin, Tanzania, Zambia and France. In 2006 he published Dominations with Editions Homnisphères and Fantômes de la Mer with ARTCO (2016).

As a photographer, he has published photo reports on South Africa, the reconstruction of Rwanda, the return of Liberian refugees and Palestine. His work has been exhibited in Europe, in Africa and the United States.