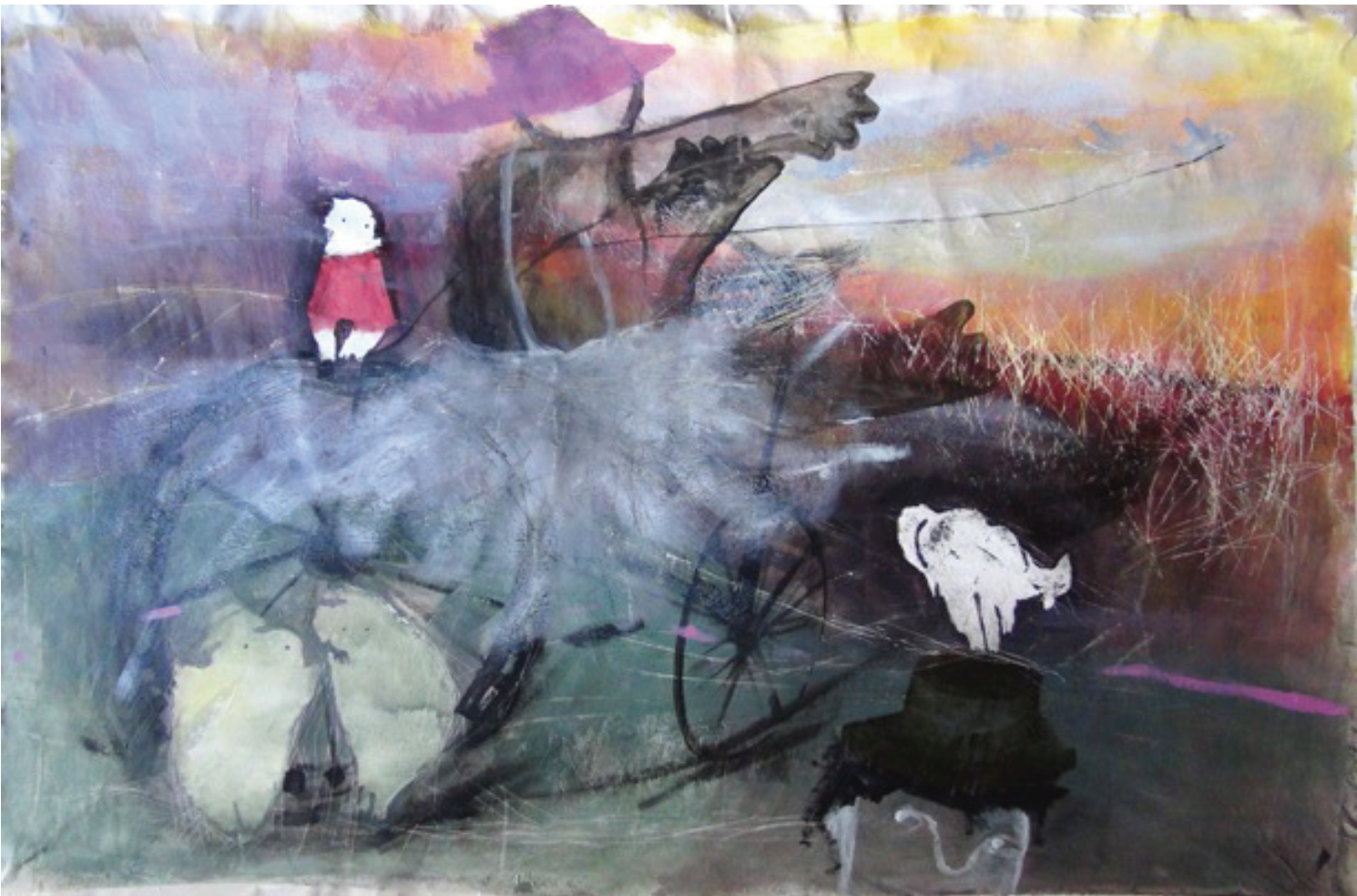 Lives in Lebanon
“There is a saying that ‘history is written by the winners.’ If everybody documented the truth then we can change this statement,” declares Syrian artist Azza Abo Rebieh, known for her activist drawings of fellow prisoners during a short period of the Syrian war. Capturing these memories in her mind like a camera, her subsequent etchings and drawings continue to document her memories of life in Syria after her release and exile.
Born in Hama, Azza Abo Rebieh (1980) obtained her degree from the Faculty of Fine Arts, Damascus University, in 2002. Engraving on copper plates, Abo Rebieh uses a printing press to imprint the inked plates onto paper. Primarily monochrome, her prints are influenced by the great printmaker Goya who used printing as way to circulate and reproduce images for a wider audience during the revolution in Spain.
Abo Rebieh’s work has been exhibited in Damascus, Beirut, Paris, Rome, Istanbul, Sofia, Uzice, Barcelona, Vaasa, London, Oslo, New York and Chicago. Her work is in private collections and public institutions such as The British Museum.
The website of Azza Abu Rebieh includes her biography, her work, exhibitions, articles and museums, including the British Museum. She is an established artist, she has a particular technique of using oil paint as well as tulle. On her website, it is mentioned that she has sold 3 artworks to the British Museum. Her work was showcased in Finland, exhibited in museums all over, New York, Washington DC, Paris, Spain, Italy... She is well known as an artist. She is featured in New York Times article, which leads her to the international arena. In New York Times, she was on the Thursday front page in Arts & Culture, which is the most important, along with two pages inside. It is not easy to be featured on this front page.
Forgot your password?