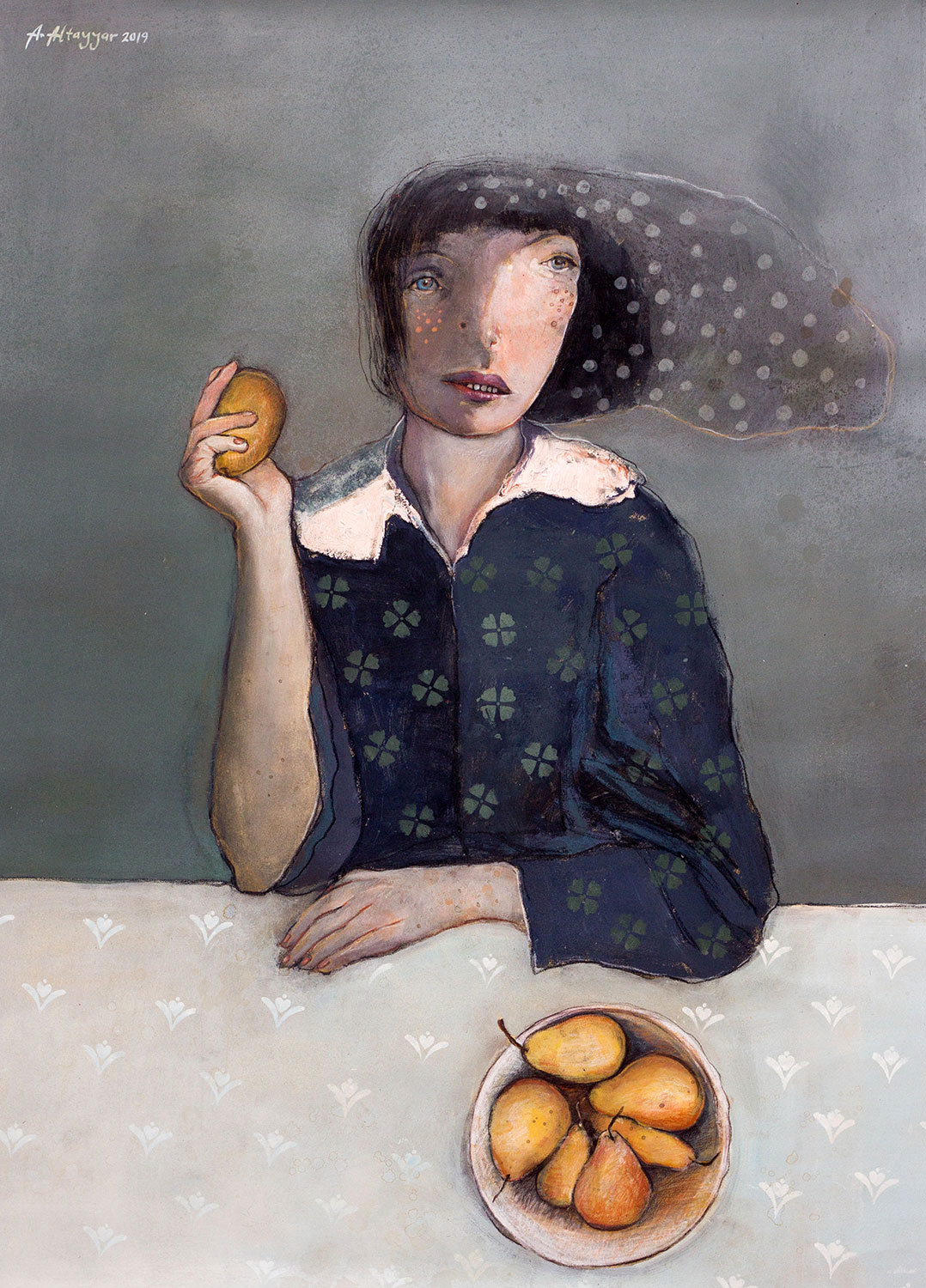 When observing the art of Amjad Altayyar, one is exposed to the world of a dedicated and thorough artist, one who has researched the art theories and techniques of the European Masters, Mesopotamian heritage, and Islamic art. The expressionism of his subject-matter is offset by hints of realism, leading to a unique and haunting effect. The current form of Altayyar’s paintings represents decades of experience across several disciplines.

Amjad Altayyar was born in Baghdad in 1973. He graduated from the Fine Arts Academy of The University of Baghdad in 1996. He obtained a Master’s degree from The Arabic Academy in Denmark in 2012.

From 2004 to 2007, Amjad held the position of Arts and Culture Supervisor at The College of Dentistry of The University of Baghdad. His involvement started a notable art movement where dental students organized a wide range of events that attracted national media coverage.

Between 2006 & 2007, Altayyar was an Arts Advisor for the Iraq Memory Foundation in Baghdad. Altayyar organized and curated several Iraqi art exhibitions that provided insights into genuine Iraqi art that is richly expressive of the country‘s culture, traditions, and current challenges.

Altayyar relocated to Sweden in 2007, where he still resides. His first exhibition in Sweden was at The Culture House of the City of Nässjö in 2008.