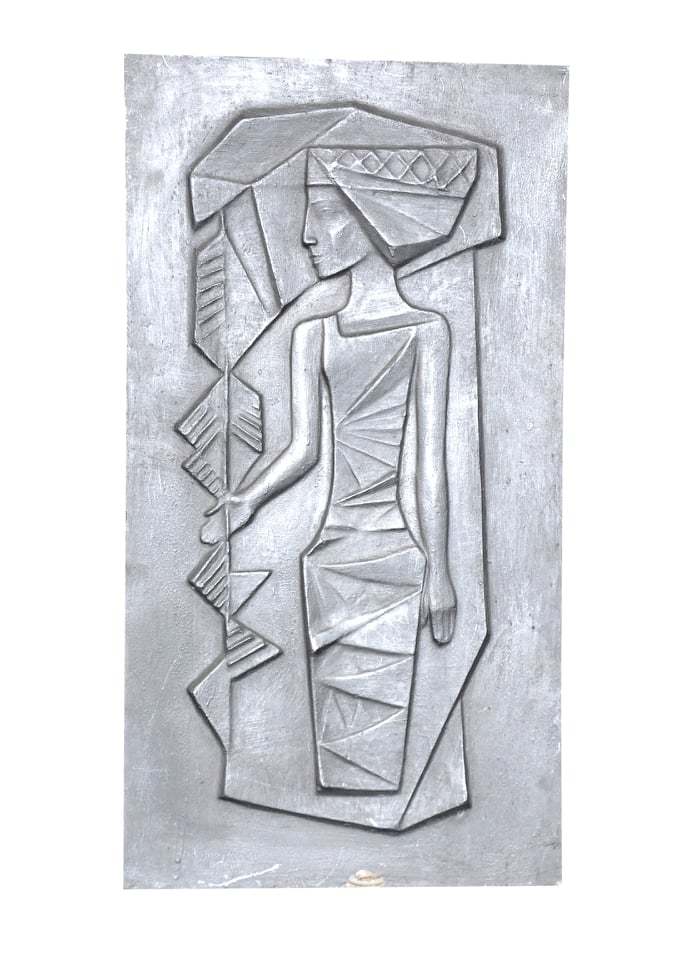 Ahmed Abdel Wahab is one of Egypt's distinctive modern sculptors. Wahab was born in 1932 in the rural city of Tanta. From a young age he discovered craft markets and began experimenting with various materials such as wood, metal and limestone to create his very first sculpture. A few years later, Ahmed Abdel Wahab moved from Tanta to Cairo, carrying many memories and his recollections of his folkloric background. He enrolled at Faculty of Fine Arts, in the Department of Drawing and Painting, but soon switched to sculpture. After completing his studies in Cairo, he obtained a scholarship at the Atelier of Luxor, a period of his time that would greatly influenced him and his career. He roamed through Upper Egypt, discovering the great monuments and rustic villages, and sought for a pure authentic Egyptian spirit, seeking to connect the past and present. During this period, Abdel Wahab was very prolific and his works reflected his surroundings and his own feelings towards life and nature.

In 1968, he obtained a three-year scholarship to study in Italy where he discovered Western art and Renaissance paintings and was introduced to leading Italian artists of the time. His first-hand encounter with Western art further consolidated his love and fascination with the Egyptian aesthetics and their simplicity. Upon his return to Egypt, he was deeply inspired by the Egyptian civilization and its artistic features and worked on the figure of Akhenaton that inspired many of his portraits that were made with a combination of cement, white glue, glaze and graphite, a material that was reminiscent of the basalt stone used in ancient Egyptian art.

Throughout his life and artistic career, Ahmed Abdel Wahab represented Egypt in many international exhibitions and was granted numerous awards. In 2002, he received the State Appreciation Award in Arts in recognition of his creative value and his skills at the international level. Prominent private Egyptian and European collectors, as well as the Museum of Modern Art, Cairo, the Museum of Fine Arts, Alexandria, the Museum of the Faculty of Fine Arts, Cairo and the Museum of Modern Art, Prague, all feature works by Ahmed Abdel Wahab in their collections. The Bibliotheca Alexandrina held a permanent retrospective exhibition in honor of Abdel Wahab's sculptures, reflecting on his eclectic career.