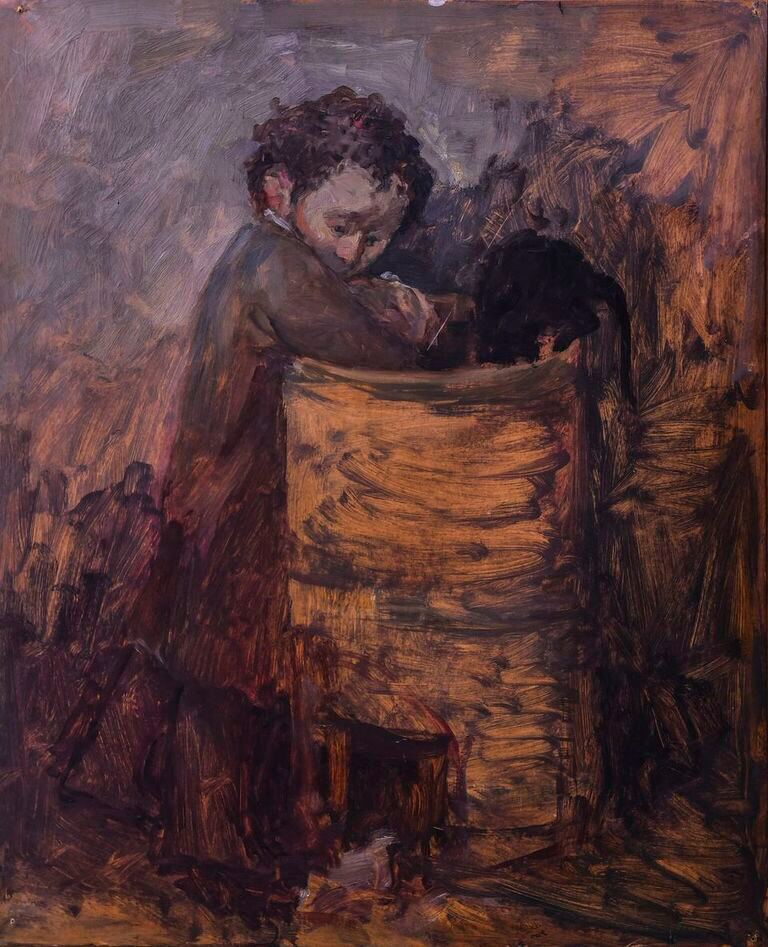 "Afifa Aleiby is an Iraqi artist, born in the city of Basra, in the utmost southern part of Iraq. She grew up in a family devoted to culture and the arts and, like her brothers, she started painting from a very early age.

She received her primary and secondary education in Basra, and consequently took up her studies at the institute of fine Arts in Baghdad. in the same period she worked as an illustrator for the Iraqi press. After this, she left Iraq to Soviet Union in order to study and specialize in monumental art at the well-known Surikov institute in Moscow.

Due to the political situation in Iraq, she was unable to return to her native country after the completion of her studies. She therefore decided to go to Italy and later Moscow. After having traveled to Italy a second time, she settled in Yemen to work as a teacher at the institute of fine Arts in Aden, where she also illustrated children’s books and magazines.

Afifa Aleiby has contributed to a great many cultural activities in support of the Iraqi and international democratic movement, in the struggle against terrorism, racism, war and dictatorship. She has participated in numerous art exhibitions, from Baghdad and Moscow to Yemen, Italy, Syria, Lebanon, England and the United States, as a representative of the artistic and cultural face of the Iraqi civilization.

Afifa Aleiby has been living and working in the Netherlands for several years now. Perhaps her most important show to date in the Netherlands was the retrospective of her works in the Museum Catharinagasthuis in Gouda. At present, she is working as a fulltime artist, periodically exhibiting her work in De Twee Pauwen gallery in The Hague, as well as contributing to other galleries, such as Goda in Amsterdam and Prima Vista in Maastricht.

Afifa Aleiby has been away from her native country of Iraq for 35 years now."