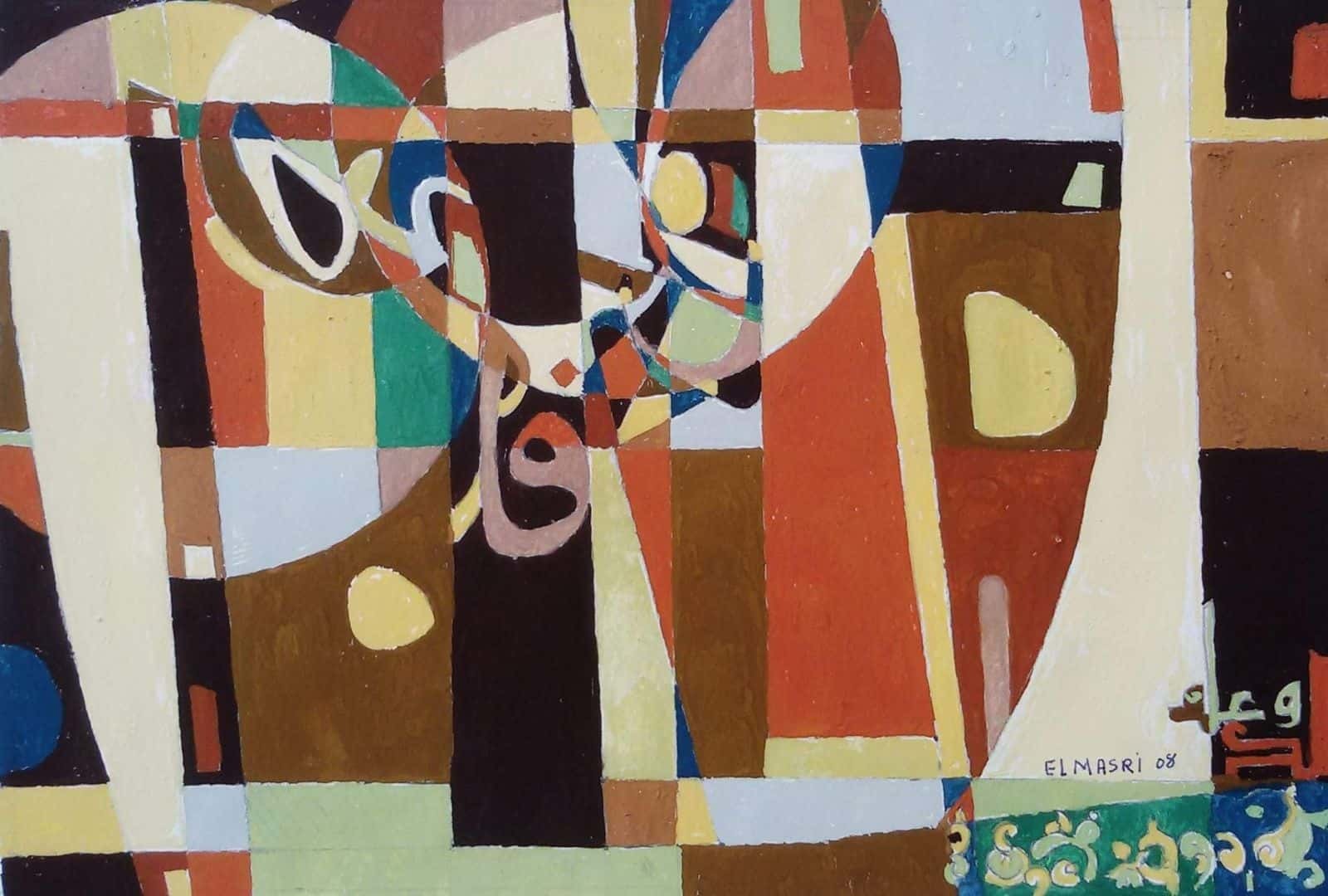 Born in Beirut in 1937, Adnan El Masri studied drawing and painting at the Lebanese Academy of Fine Arts in 1962.

He received a BA in Philosophy, Psychology and Sociology at Beirut Arab University. He obtained a Master of Philosophy of Aesthetics at the Lebanese University, between 1977-2001, he worked as a professor at the Institute of Arts at the Lebanese University, and received many certificates and prizes from Kuwait, the League of Arab States and art institutes in the Soviet Union. He participated in many group exhibitions, and held individual exhibitions, which had a distinguished presence in the contemporary Lebanese art movement.

His art is universal, bridges the Optical Art of the west and the Arabic calligraphy of the east. His unique compositions and integration of conceptual intent insure his place in history, both by art historians and critiques alike.

The majority of Adnan Al-Masri’s paintings incorporate optical illusions comprised of broken geometric shapes interrupted by straight lines. This technique creates the illusion of looking through a broken mirror at pieces of a puzzle comprised of segments of Arabic words and letters. In reality the imagery is impossible to decipher, initially creating a sense of confusion and frustration.

Adnan developed his own school of thought that combines aspects of Sufism and Greek philosophy. Adnan’s concepts are rooted in Greek philosophy and the school of Greek thought. His imagery is inspired by Plato’s writings pertaining to shadows and light and the true reality of man. Reality is not the physical body, but rather the higher form that is independent of the body, id (I) and self.

His interest in Sufism is reflected in his use of repetitive geometric shapes that create the illusion of a whirling Dervish. The purpose of the dance is to attain higher consciousness, and purifying the soul with the use of repetitive, circular motions. Anan’s work is not only pleasing to eye, it is equally pleasing to the intellect and spirit. His paintings are reminiscent of great jazz masterpieces by Miles Davis. His art crosses cultural boundaries, yet remains true to his origin.