Born in Beirut, Lebanon in 1948, Afaf Zurayk graduated from the American University of Beirut with a BA degree in Fine Arts in 1970, and pursued graduate studies at Harvard University, obtaining an MA degree in Fine Arts in 1972. She taught Studio Arts and Art History at Beirut University College [now the Lebanese American University], and painting at the American University of Beirut, Lebanon. In Washington, DC, she taught drawing and painting in Continuing Education at the Corcoran College of Art and Design and Georgetown University. Zurayk’s painting is in the permanent collections of the Sursock Museum, Beirut, Lebanon and Darat al Funun in Amman, Jordan. In addition to her many solo exhibitions, both in Beirut and Washington, DC, she has participated in a number of group shows, most notably the exhibition “Forces of Change” held in 1994 at the National Museum of Women in the Arts, Washington, DC. Zurayk has published three books: My Father. Reflections (2010), Lovesong (2011), and Drawn Poems (2012). Afaf Zurayk now lives and works in Beirut, Lebanon. 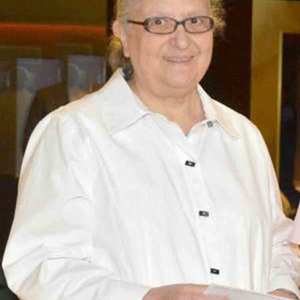