Born in Lebanon, Tharwa Zeitoun holds both a Bachelor’s and a Master’s degree in Fine Arts from the Lebanese University. Her paintings and her digital artworks delve deep into a world predominated by the colour blue, a colour that represents hope and optimism as well as tranquillity. Zeitoun’s women are portrayed from a self-perspective point of view, in a way that reveals them as mysterious and absorbing beings. Her abstract expressionist works are an intersection of landscapes and figures, resulting in a peculiar world that seems familiar. 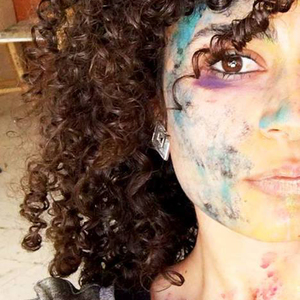