Painter and sculptor Raffi Yedalian was born in Beirut, Lebanon, in 1973. He studied Etching at the Academie Libanaise des Beaux-Arts “ALBA”, and Fine Arts at the Academy of Fine Art Toros Roslin. Yedalian’s work has been showcased in Beirut Art Fair, Art 15 London and Red Dot Miami Art Fair. In 2012, a miniature bronze replica of his monument “Meghabard” became a part of H.H. Pope Benedict XVI’s collection in the Vatican City. In 2015, Yedalian presented his painting of the Blessed Maloyan to his H.H. Pope Francis in St. Peter's Basilica in Vatican, and that painting was then reproduced and issued by the Philatelic and Numismatic Office of Vatican City Authorities to a Limited Edition Stamp. In 2015, his bronze monument “Gratitude” was installed in Gemmayzeh, Beirut, Lebanon, and in 2017, he sculpted the Torch of Our Lady of Fatima which was offered by His Beatitude Patriarch Cardinal RAI on behalf of the Catholic Church of Lebanon to the Shrine of Fatima in Portugal. Yedalian’s works are permanent collections in numerous museums such as the Sursock Museum of Beirut, the Vatican City, MACAM Museum in Lebanon, the Museum of the Shrine of Fatima in Portugal, and the Armenian Genocide Museum in Armenia. 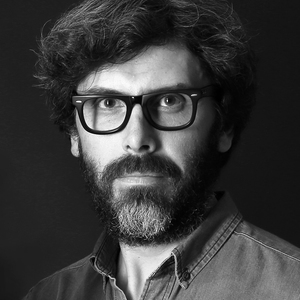