Javlon Umarbekov’s work reflects both his cultural heritage and the influence of art from all corners of the globe. Born in 1946 in Tashkent, Umarbekov began exhibiting his works both within the Soviet Union and abroad in 1964, whilst still a student at art college. In 1966, he moved to Moscow to study at the Gerasimov Institute of Cinematography, under the guidance of some of Russia’s leading artists. Having completed his studies he returned to his hometown, where he became a major cultural figure, holding a string of official titles. This did not affect his creativity, however, and Umarbekov's life has been devoted to art. He has won many prizes throughout his career, recognising his eye for detail, his poetic mastery of the brush, and his representation of movement, and his works are now housed in many of the world’s most prestigious galleries. Umarbekov was awarded the honorary title People’s Artist of Uzbekistan in 1989, and is a professor at the Bekhzod National Institute of Art and Design in Tashkent. 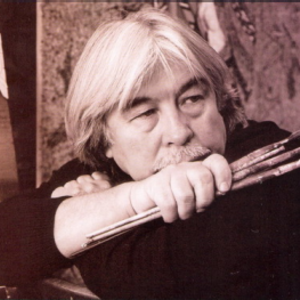