Born in Beirut in 1974, photographer, video artist and performer Caroline Tabet studied photography in Montpelier, France. She worked as an assistant to press and to fashion photographers in Paris and then returned to Lebanon in 1994. In 2000, Tabet co-founded the Beirut based collective Art.Core, which brings together the works of painters, musicians, and photographers. Her photographs explore the relationship of the human interactions with the city as well as the notions of nostalgia and loss. 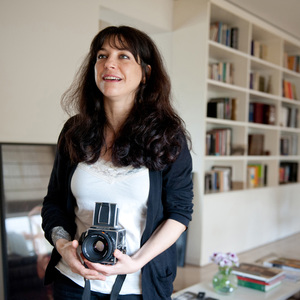