Jake Michael Singer (b. 1991 –  Johannesburg, SA) is a multidisciplinary artist working in sculpture, photography and drawing. Using materials related to the built environment such as concrete, steel, glass, silicone and plastic; science fiction and dystopian landscapes are a recurring theme in Singer’s work. In a world of increasing digitalization, Singer believes that the role of the sculptor is to observe how digital space is reshaping the physical world and reconnect audiences with the sense of touch. He obtained his BA in Fine Art from the Michaelis School of Fine Art, University of Cape Town (2013) and studied at Central Saint Martins in London. He currently lives and works in Johannesburg.

Singer’s ongoing Murmuration series is a metaphor for progress, where a plethora of tiny pieces come together to form a coherent whole; from chaos to harmony. Reading the work left to right, one might see the figure taking flight, like the Nike of Samothrace; read another way, it appears to be a bowing anthropomorph. This ambiguity is achieved because the figure is headless, placing the viewer at the centre and making the work more enigmatic. It is explosive and momentary like a crashing wave; while dynamically and delicately-poised like a dancer. His works are created using techniques that draw on traditional thatching and emergent behaviour. Emergent behaviour is a system that does not depend on its individual parts, but on their relationship to one another. This phenomena exists in the way birds flock, to the way the internet is organised, to artificial neural networks in computer science and robotics. Singer uses this principle in the organisation of thousands of steel pieces, typically used for security fencing, to create a symbol of transcendence. 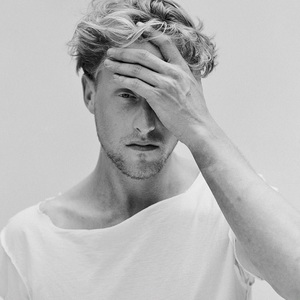