Arthur Sharafian was born in 1972, in Yerevan, Armenia.

In 1989, he studied at Panos Terlemezian Arts College, Yerevan.

In 1991, he studied at Yerevan State Academy of Fine Arts (the art studio of the renowned painter Eduard Isabekian).

Since 2006, he has been Lecturer in Yerevan State Academy of Fine Arts.

Since 2012, Arthur Sharafian's artworks have been displayed in numerous group exhibitions.

Some of his paintings are exhibited in Spain, USA, China and kept in private collections. 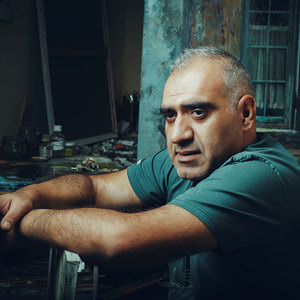