Shereen Shalhoub was born in Amman, Jordan in 1978 and began working in the arts in 2006 when she owned a virtual gallery in Amman. She worked alongside Sam Bardaouil on curating several exhibitions for artists such as Gulnaz Fathi, Mahmoud Taha, Sarwat El Bahr and many others. In 2008, she enrolled on a post graduate course in Art Appraisal in Tisch School of the Arts in New York and worked with Bortolami Gallery while attending The Art Students League of New York. Here, she practiced different techniques such as egg tempera and oil painting under the supervision of Jack Faragasso.

She began experimenting with ceramics in 2016 and since then has primarily focused on installations. In 2018, she exhibited an installation at the Al Jalilah Cultural Center in Dubai and the city’s Sikka Art Fair.

The artist lives and works in Dubai, UAE. 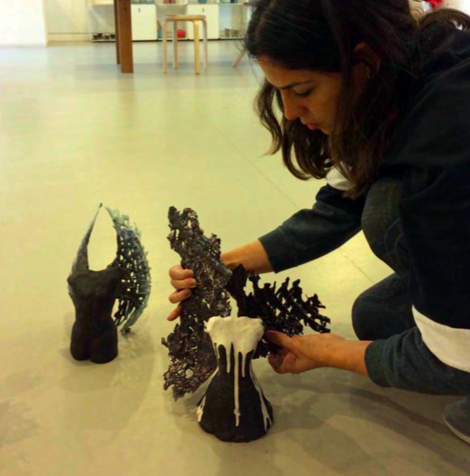