Born in 1952, Edward Shahda is a contemporary painter and sculptor. He began his creative journey in 1968 at the Suheil Ahdab Center in Hama before joining the Faculty of Fine Arts in Damascus (1991-1992). He then pursued a residence at the Anatoli Klankov Atelier in Russia (1991-1992). As early as 1980, his work has been showcased at numerous regional and international solo and group exhibitions, including in Russia, Lebanon, Egypt, Dubai, Turkey, USA, Canada, France, Switzerland, England and China. Recent exhibitions include the Biennale in China in 2005 and 2008, as well as The Institute of The Arab World exhibition in Paris in 2008. His work ranges from acrylic and oil paintings to collages and China ink on rice paper. It exposes an underlying tension in line thicknesses and colour contrast. Surfaces of strong, lively colours often fade out and blurry outlines come together to create vaguely defined shapes with colour gradation. Figurative and symbolic shapes, portraiture, and female figures are predominant. To Shahda, the human subject is the main concern in painting, and colour treatment and juxtapositions are his preoccupation during the painting process. Figures are central to his painting. They define the expression of space and frame the meaning of "place". Unconventional in his representation of women, the artist is also known for his ability to create vibrant and emotional images from real life scenes. He bends and sometimes breaks perspective rules in favor of strong, contrasting and dynamic colours. Contrasting colour with emotion, the artist often incorporates symbolism and mythology even when he tackles contemporary themes. 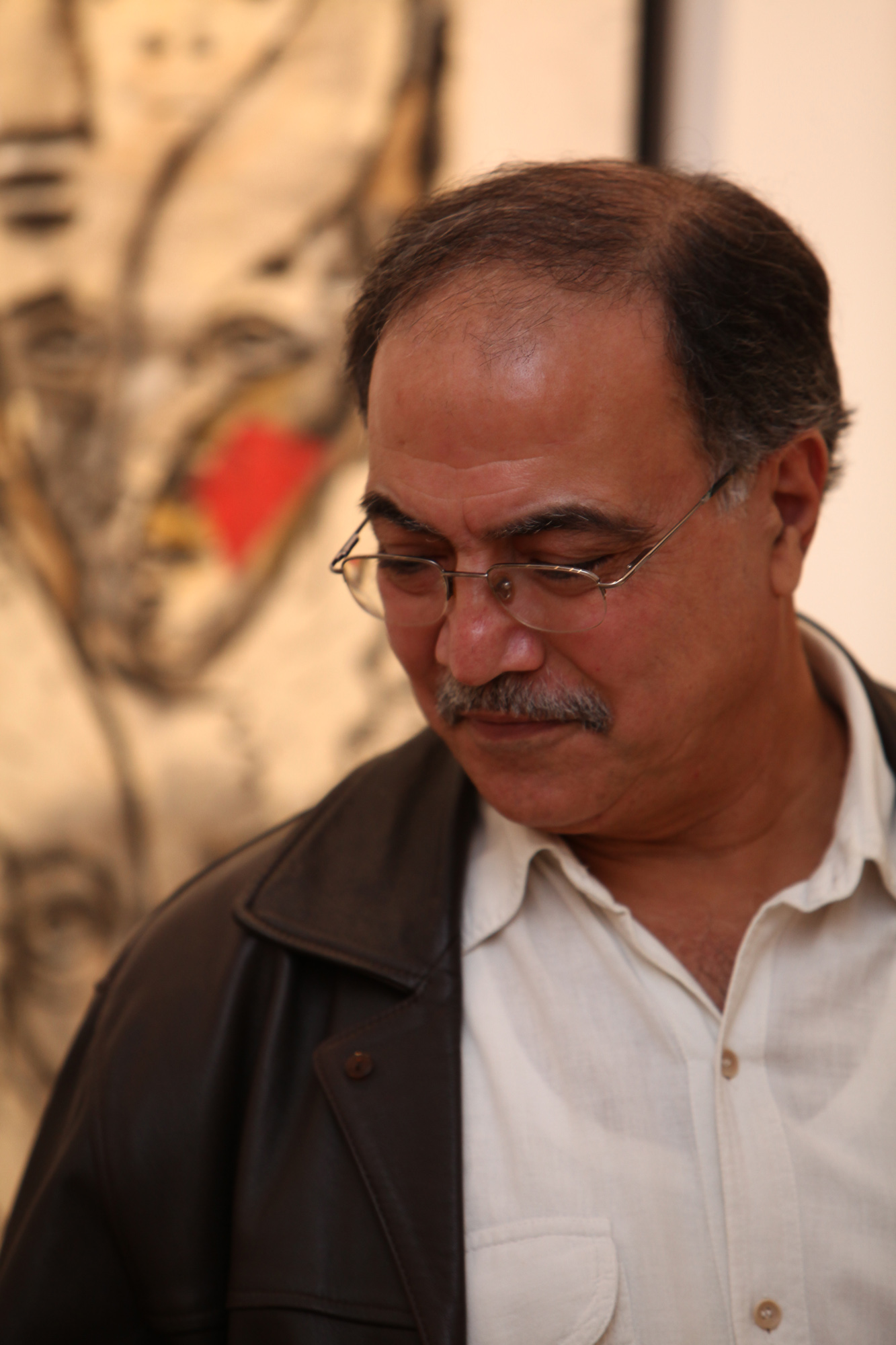