Born in Lebanon in 1978, Carla R. Salem is a papermaker and a printmaker whose work explores words and languages. Having lived in Japan for seven years, Salem merges the Japanese language and culture with her native Arabic. She explores the surface and texture of her self-made mulberry papers (washi) and emphasizes on its interaction with light. In 2014, she was awarded by the Boghossian Foundation Prize in Brussels. 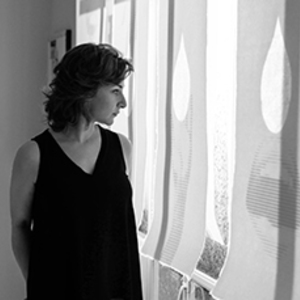