Iraqi artist Karim Saifou first graduated from the Baghdad Faculty of Arts before moving to France in 1979 to further his studies. He worked as an illustrator and graphic designer for numerous years, including at the Iraqi Cultural Centre in Paris and at the French Cultural Centre in Baghdad. Saifou’s expressionist artworks, influenced in part by French Impressionism and by Iraq’s rich archaeology and heritage, are at the crossing of two cultures. They are fragmented, the same way his native country was, and reconstruction is conveyed through the majesty of his art. He often paints over old French newspapers and books that he tears apart before laying the paint. Saifou’s acrylic collages aim to bring life back to his homeland through explosively colourful paintings draped with fiery brushstrokes, as his means to reconstruct war-torn Iraq following the 2003 invasion and the long conflict that ensued. Some dates and titles remain visible as a sort of diary for the artist. Among numerous prizes, he recently was awarded the first prize from the Salon d’Automne de Coubron in France. Today, Saifou lives and works in Paris, France. 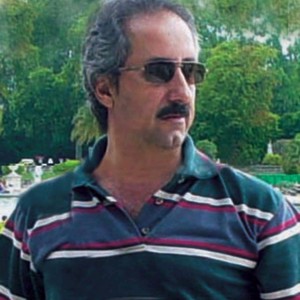