Masoud Sadedin was born in Semnan, Iran, in 1956 and graduated in 1980 from the Faculty of Fine Arts, Tehran University. In 1986 he immigrated to Germany, since then he works as a freelance artist and lecturer.

His work has been shown at numerous exhibitions, international art fairs and major exhibitions in Germany and abroad. In addition to painting, Sadedin is involved as an author of performance and theater plays as well as texts on the visual arts. In 2016, Masoud Sadedin became the eighth laureate of the Kunstpreis art award and then he was honoured with an exhibition featuring his work and a book, published by the LVR-LandesMuseum Bonn, to accompany the exhibition. 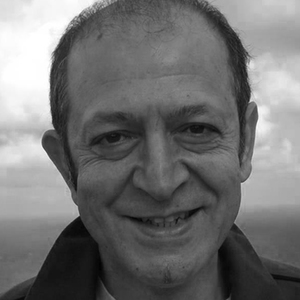