A Beirut-based artist and architect, Mazen Rifai is known for his ability to capture the luminosity of his hometown of Baalback, which has remained his source of inspiration over the years, in his small-scale paintings, through thick brushstrokes. Rifai has a degree in Fine Arts from Macerata, Italy, and another in Interior Design from the Lebanese University (LU). He taught fine arts and was head of department at the LU before leaving to focus on architecture and painting, taking on the role of art director at Engineers Consulting and Contracting. He remains a consultant in construction, rehabilitation and renovation for the Council for Development and Reconstruction. Rifai has participated in numerous editions of Sursock Museum’s Salon d’Automne, while also holding several solo exhibitions locally and internationally, including shows in Beirut at Epreuve d’Artiste, Galerie Rochane, Galerie Aida Cherfan, Gallery 6 and Agial. He is a member of the Baalbeck International Festival Committee and has also published two books. 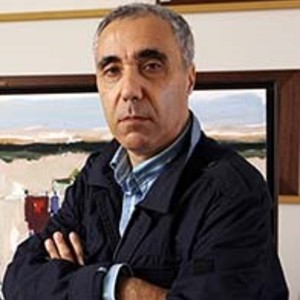