Zakaria Ramhani was born in 1983 in Tangier, Morocco.

He was introduced to painting very early in his father's studio. He obtained his art plastic diploma but gave up formal education to devote himself to his art.

Since 2006, Zakaria has carried out a project entitled “De Droite à gauche” (literally, From Right to Left) in which he explores the relations between the art of portrait and the Arabic and Latin calligraphy.

Zakaria developed a particular language where the Arab or Latin written form is used as a pictorial gesture serving the figurative. This action painting puts rhythm into the artist's paintings and endows it with a density rarely equaled, owing to a riot of lines and multiplication of letters. The originality of his work lies in the fact that the final picture includes, in a perfect order, the profusion of the graphic sense of a line to raising them to the rank of a simple line drawn by a painter.

Zakaria has shown his work in several exhibitions. Among the international collective exhibitions, in which he recently showed his work, we can mention the Arab World Institut of Paris (France), the Bahrain National Museum and Barbican Centre of London (United Kingdom), the 8th Biennale of Dak'art (May 2008), where his represented his country; Word Into Art (February 2008), organized by the British Museum of London at the International Finance Center of Dubai and the last group show of Art space Gallery (November 2008). In December 2008, he was invited to the 11th Cairo Biennale In Egypt. He appears regularly in auctions including Christie's (Dubai) and CMOOA (Morocco).

He lives and works between Montreal, Canada and Tangier, Morocco. 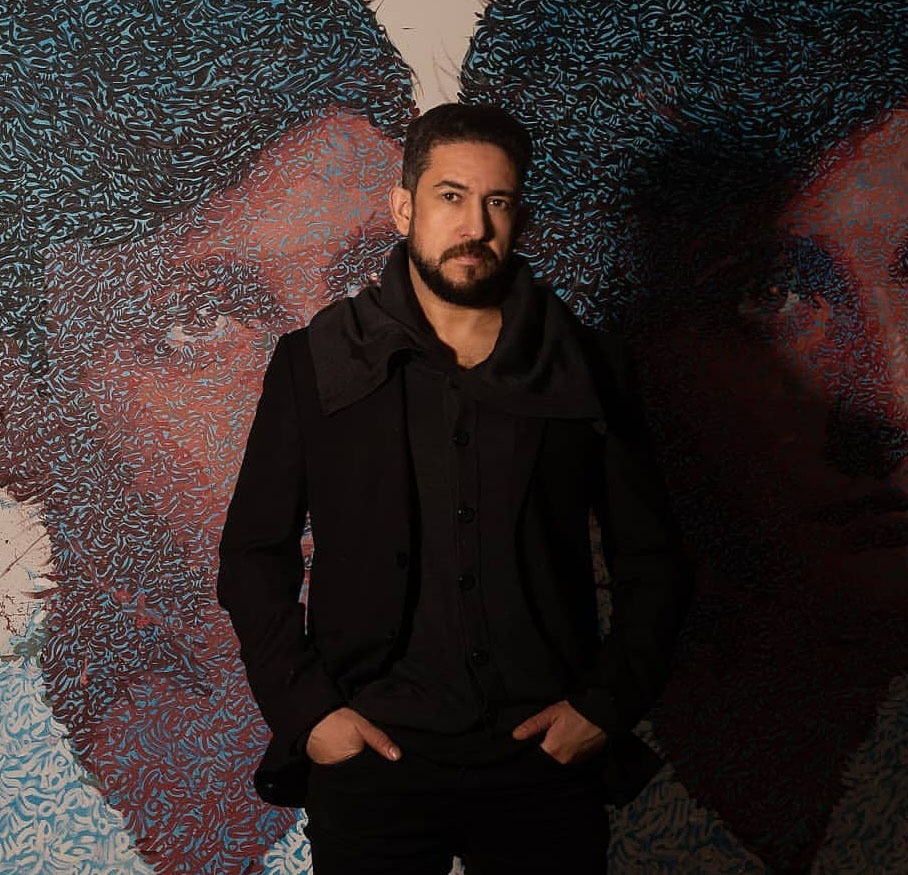