Born in Algiers in 1978, Thilleli Rahmoun lives and works between France and Spain. 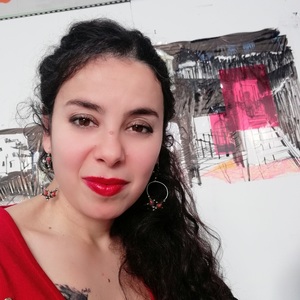