Mostafa Rabie was born in Minya in 1992. He holds a Degree in Information System, 2013.

He started participating in art events and exhibitions at the age of 17.

His surrounding environment in South Egypt and his family influenced his work the most.

Mostafa loves to express himself through various mediums, we can observe this through following his work from his beginnings till now.  He started with using ink, in this stage his work was mainly in black and white, then he started adding some colors using watercolors, colored ink, and mixed media.

Along with this there was a significant progress in the way he processes his ideas.

Mostafa is a recipient of several awards including Rose Al Youssef and the Encouragement Prize in Youth Salon and Upper Egypt Salon on 2016. His work is part of private collections in Egypt, France, Netherlands and Qatar. His work is also acquired by Museum of Modern Art in Cairo, Ministry of Culture and Commercial International Bank (CIB). 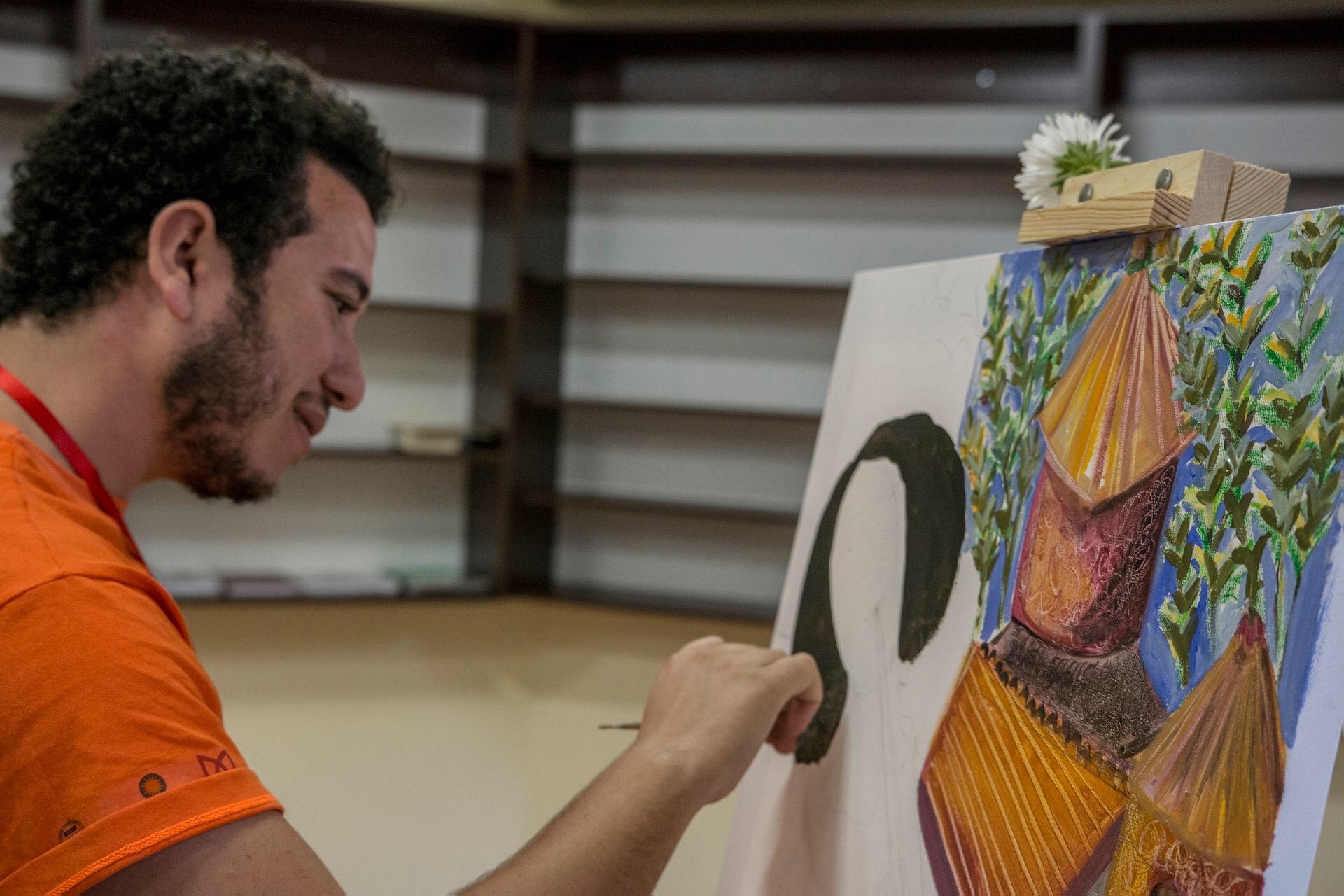