Born in Chebanieh, Lebanon; Joanna Raad is a Lebanese multidisciplinary artist. As a professional set designer/art
director, she worked on several renowned TV programs and series, TV commercials, music videos, short feature films and theatre plays. Joanna started to draw at a very young age. Her passion for drawing became progressively professional. She took extra-curricular painting classes with Odile Mazloum, Haidar Hammawi, Fouad Tomb, Jean-Paul, and Emmanuel Guiragossian. Reconstruction of the past and compiling archives accompanied her artistic research. Drawing is more her passion than painting. For the artist, there is freedom in drawing, as she can quickly express herself within the intimacy of a bedroom, in a coffee shop, or even on a plane. She considers drawing on paper an intimate gesture, almost like writing a diary. Raad paints her story in a naive/neo-expressionist style. It all started with obsessive flashbacks doodled on recycled paper with oil pastels. Photography was rare in the 70ies in Beirut. This triggered the artist to reconstitute her past from her ‘emotional memory. The representations of the ‘scenes’ from the past include a theatrical and cinematographic feel: Close-ups,” large shots”, the space of her school, Grandma’s home, etc. The vivid and saturated colors connect with her childhood in the 70ies Era. She is also a lecturer at the faculty of arts and art history of many renowned universities in Lebanon. She has a Ph.D. in Theater, a Master's in Cinema, and a BA in performing art from the Saint-Joseph University in Beirut (USJ/IESAV). She is also a researcher on the History of modern art and the correspondences between arts.

Ø 2013: at ESA University, Beirut, in the context of the ‘Oum El Nour’ association 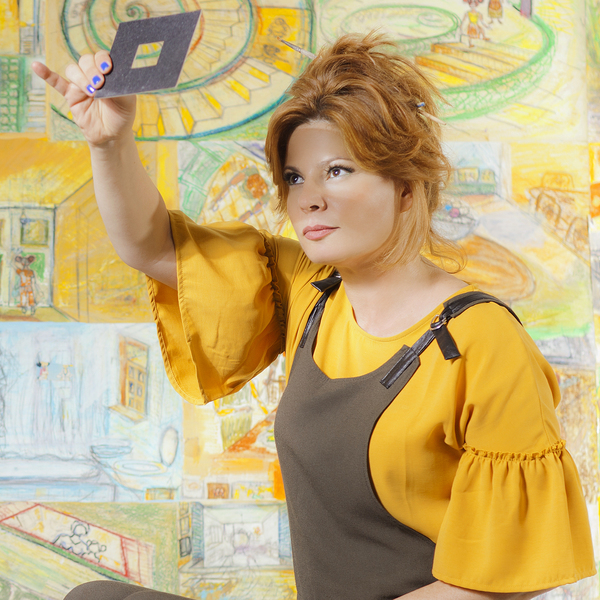