Born in London in 1965 to Iranian parents, Mariam Mudarres moved to Tehran a year after. Her father, a self-taught painter, through his love of design and colour theory, influenced her and inspired her to pursue painting. Mudarres moved back to London after the Iranian Revolution and went on to graduate from the American College in London with a degree in Commercial Arts. She mainly enjoys figure drawing with charcoal, though, during the last couple of years, she discovered her love of oil painting. 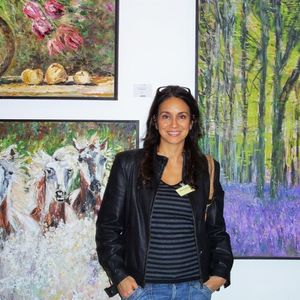