Born in 1963 in Al Basrah, Iraq. Msyir graduated from the Faculty of Arts, Baghdad University in 1990. His first solo exhibition was in Akad Hall in Baghdad 2004, and his second was in Al Anda Hall in Amman 2011. Msyir also worked as an art director for the Iraqi feature movie entitled “Ibn Babel” The son of Babylon. 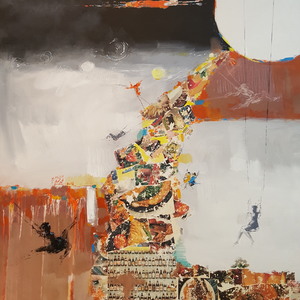