Born in 1958 in Damascus, Ahmad Moualla's large-scale paintings often reflect the relationship between society and the individual. Theatrical in their Post-Expressionist hand, Moualla's figurative and calligraphic designs blur the line between reality and fiction. In the recent years, Moualla has returned to integrate calligraphy in his works, thereby illustrating how both themes can be united artistically whilst avoiding the decorative limitations of the Arabic Script. His works push the boundaries between script and painting by playing around with the legibility of the words. 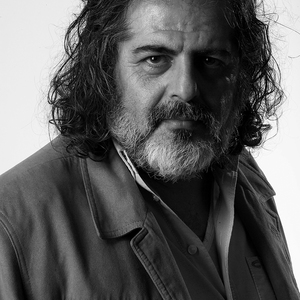