Mohsen Modiri was born in 1950 in Tehran, Iran.

He has been involved in visual arts, music, and literature since adolescence. He holds a Bachelor of Biology from Tehran University, Iran . He spent over 35 years in visual arts, and has been attending in some domestic and international group exhibitions from 1971 to 2000.

He was selected, exhibited and has sold in Italy, Belgium, France, Japan, South Korea, Turkey, Iran and United States.

Mohsen Modiri was the Organizer of Drawing and Photo Exhibitions for Artists in the University - Professional Graphic Designer for almost 10 years, and Caricaturist for almost 22 years (1978-2000).

After a gap of 12 years in visual art, he started to work on Visual Arts (Post Modern Abstract) since 2012. 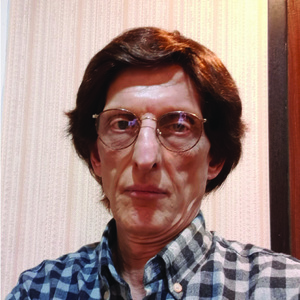